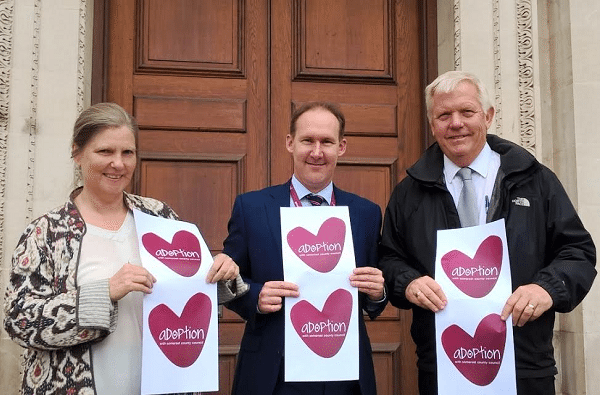 Adoption in Somerset is calling people across the county to support adopted children this National Adoption Week (17-23 October) by wearing a heart on Friday 21 October.

Somerset County Council is highlighting the growing need for adopters by encouraging people to photograph themselves wearing a heart to show their support for adoption. People can then share their picture on the Adoption in Somerset Facebook page and by tagging @adoptsomerset on Twitter. Council staff across the county will also be wearing hearts to work to raise awareness with a special dress-down day, and urging others to do the same.

Last month 31 children in foster care were awaiting adoption – including eight sibling groups – some of who had already been linked with possible adopters. Over two-thirds were female. Between January and August 2016, 15 children were placed for adoption, and another eight were placed through Fostering to Adopt.

Cllr Frances Nicholson, Cabinet Member for Children and Families, said: “We have seen a real rise in the number of children needing adoptive families in recent months. This is something we have not witnessed for a couple of years.

“We, along with the rest of the Adopt South West partnership, urgently need people to come forward who would consider adopting a young child through our child-centred Fostering to Adopt initiative. We also predominantly need adopters for sibling groups, to give these brothers and sisters the childhood together that they deserve, as well as for children aged 4-plus, and who have specific needs.

“So please do take part and show some heart this National Adoption Week!”

The Adoption Service is also holding information events over National Adoption Week (17-23 October) for anyone thinking about adoption:

To read more about Adopt South West, a forward-thinking South West adoption partnership of councils and charities from across the region – including Somerset County Council – visit www.adoptsouthwest.org.uk