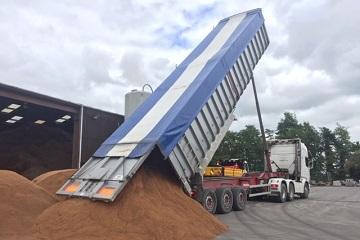 Given the summer heatwave, preparations for winter are already in full swing in Somerset.

Somerset County Council’s highways team has now completed its off-season winter policy review and the first deliveries of salt have this week started arriving at depots.

This winter the County Council will be investing an extra £200,000 into the service and has taken on board feedback to reassess all the criteria used to determine which roads will be gritted.

This means an increase in the precautionary gritting network from approximately 720 miles to 900 miles of road which will be treated every time ice or snow is forecast.

This is around 21 per cent of the total roads in Somerset – bringing it back to similar levels to 2017/18.

Councillor John Woodman, Somerset County Council’s Cabinet Member for Highways, said: “Our financial position last year meant we were forced to reduce our winter gritting service. It was the right decision at the time but I’m extremely pleased our position has now improved and we’ve been able to put extra money into this important service.

“The irony of publicising this in the middle of a heatwave is not lost on me, but it does highlight that our highways team works exceptionally hard throughout the year to ensure we’re ready for winter.

“Even in July we are reviewing routes, maintaining vehicles and equipment, training staff and restocking our salt barns so we can hit the ground running whenever winter arrives. Let’s hope that’s not for a while yet though!”

The precautionary gritting network is based on criteria contained within the latest code of practice and any new information and feedback received during last winter.

The new criteria are as follows:

Somerset County Council will also be working with parish councils to fill roadside grit bins on request and set up a new community-led snow warden scheme. Further information about this is being finalised and will be provided before the start of the winter season.

Last year, gritters were in action 46 times covering more than 35,000 miles and spreading 4,400 tonnes of salt.