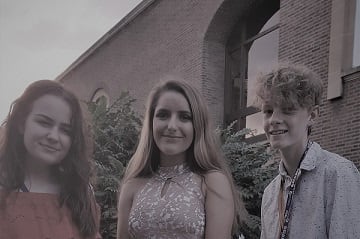 The biggest youth consultation in the UK is underway as young people aged 11-17 across Somerset get ready to vote on the issues that matter most to them.

Somerset’s three Members of the Youth Parliament (MYPs) have been right in the thick of the Make Your Mark project and they’ll be debating the top five issues chosen by young people in the House of Commons later in the year.

This year Somerset has a record number of schools and youth projects taking part in the scheme and our MYPs are encouraging as many young people as possible to get involved and vote throughout September on the issues they want to see debated.

Somerset’s three MYPs recently spent a weekend at Nottingham University where they debated over 50 issues, including ones they brought to the table such as mental health, local refugees and votes@16.

The debates have whittled the issues down to 10 priorities which will be the tick boxes on the Make Your Mark ballot paper for the big vote which takes place throughout September.

Somerset County Council’s Cabinet Member for Children and Families, Councillor Frances Nicholson said: “It is always exciting to see the commitment of young people to public debate in order to make a difference in the world.  I look forward to seeing what they achieve and how they themselves grow as a result.”

If you are interested in standing for Somerset Youth Parliament elections this autumn speak to a teacher, youth worker or contact Kdarlington@somerset.gov.uk