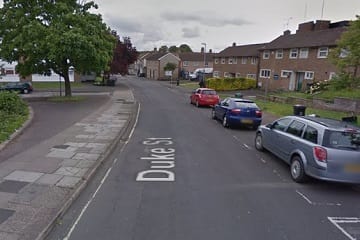 A young person has been dragged to safety after a house fire last night (July 31st) in Duke Street, Taunton.

Devon and Somerset Fire and Rescue Service received a call from a member of the public reporting a fire in a property.

A spokesperson commented; “On arrival, the officer in charge confirmed a fire in the bedroom of the property and quickly got to work to extinguish that fire using two breathing apparatus, one hose reel jet, one safety jet and a thermal imaging camera. One 15 year old male had been dragged free from the building by the caller and a neighbour, prior to fire service arrival, and was later taken to hospital by ambulance.”

Fire crews made sure the scene was safe before handing over to a responsible person.