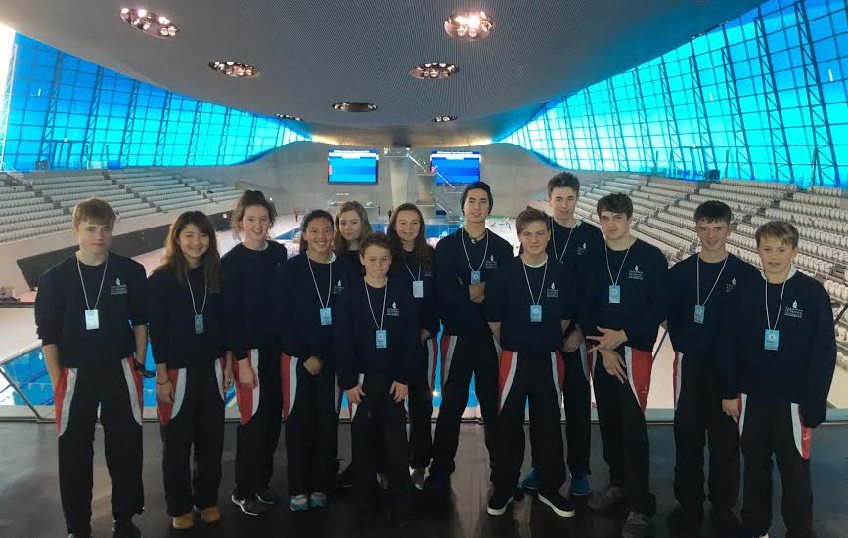 The Senior Girls first competed in the freestyle relay. They came fourth in their heat, narrowly missing out on a finals place and placing them 12th in the Country. The girls had high hopes going into the medley relay having qualified from regionals in fifth place. They swam really well in their heat to secure second place, putting them in seventh qualifying position for the final. The girls performed well in the National Final finishing seventh overall. It was a fine achievement in a final that included the traditionally strong swimming schools Plymouth College, Mount Kelly and Millfield.

The Senior Boys’ team had qualified for both the freestyle and medley relays in 33rd place. However, some excellent competitive swimming on the day placed them 23rd and 22nd in the country respectively. The youngest of our teams, the Junior Boys, qualified in the freestyle relay. They swam well, against some very strong boys’ teams, finishing in 29th place.