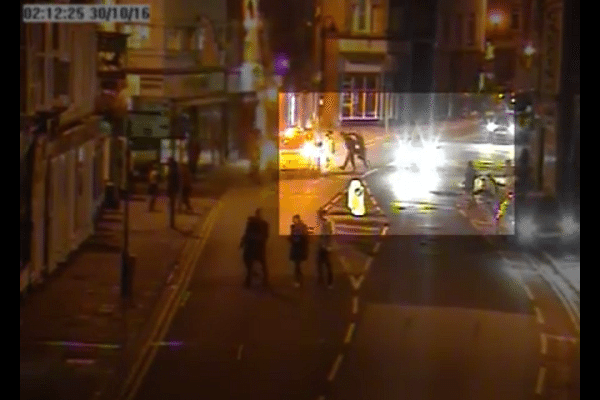 POLICE have today released CCTV footage as part of an appeal for witnesses following an assault in Taunton which left a man with a broken jaw.

The incident happened around 1.15am on Sunday, 30 October when many people were out celebrating Halloween.

The victim, a 32-year-old man, was attacked from behind as he waited for a taxi opposite The Coal Orchard pub on Bridge Street.

A man is seen in the footage running across the road and punching the victim in the face before making off towards the canal tow path.

The victim had earlier been in conversation with the man and had walked away.

The offender is described as white, in his early 20s, approximately 5ft 7ins tall, clean shaven with short dark brown hair. He was wearing a grey tracksuit.

Anyone who witnessed the incident, or who recognises the description given, is asked to call 101 and provide the call handler with the reference 5216241298.