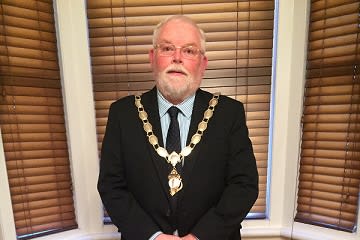 John Owens, who lives in Cranleigh Gardens, Bridgwater, has taken on the prestigious role, following a recent meeting of SCGFCA (representatives of carnival committees and clubs from Bridgwater, Burnham on Sea, Glastonbury, North Petherton, Shepton Mallet, Weston Super Mare, Wells and Midsomer Norton) where he was elected.

John has been involved with carnival for over 50 years, and joined his first and only club, the Lime Kiln carnival club, when he was just 14 years old. Over the years he has held many positions for the Bridgwater based club including captain, president and life member, and still actively helps and supports them.

John first joined the SCGFCA committee as a representative from Bridgwater Gangs & Features in the mid 1980s and held the position chairman in 1993 (a position which is only held for one year). Since then he has become a very prominent figure within carnival circles and has played a significant role with the activities of the advisory body. For the past 24 years, he has held the positions of secretary and treasurer.

Married to Jean also for 24 years, after being elected John said: “Being awarded the presidency of the county carnival circuit is one of the proudest moments of my long carnival career.”

“Carnival has always been a way of life for me, and I look forward to working with my fellow county officers and the carnival towns in making our spectacle sustainable for future generations to enjoy.”

Outgoing president, Christine Puddy, from Shepton Mallet Carnival Committee congratulated John on his appointment, and added: “I am delighted that John has been awarded this well-deserved accolade, and it is recognition for his dedicated services to our carnivals over the last half a century.”

“He always does what he believes is best for carnival, and I am sure he will continue to do this for many more years to come.”

David Churches, former vice chairman of Mid Somerset Gangs and Features and life member of Meare based, Masqueraders CC, has taken over from John as the SCGFCA secretary.