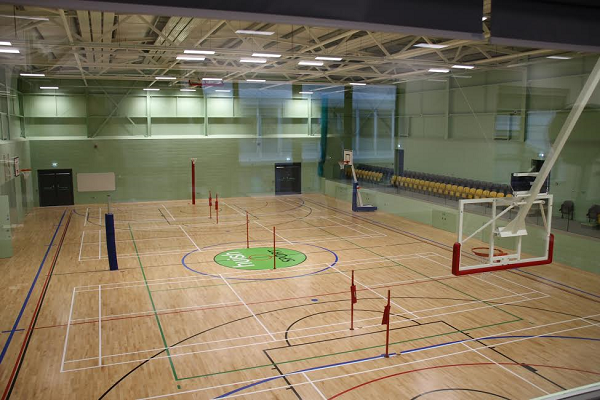 Richard Huish College is excited to announce the opening of the Sycamore Sports Hall, the new Home of Huish Sport, on its South Road campus.

The new sports hall includes a full sized multi sports arena, including a spacious viewing gallery with seating for 100 spectators, changing facilities, a gym and dedicated classrooms. The courts are said to be one of the best in the country with state-of- the-art camera technology, used for performance analysis.

Work began in January 2016 and was officially opened to students on Wednesday 4th January 2017 with Huish sport hosting a thrilling day of Netball and Basketball matches against local colleges.

Matt Nolan, Sports Development Manager at Huish, said: “We are very excited for the future of sport at Huish and this new facility will help us drive performance and participation in sport across the College.”

Huish has a long-standing reputation of excellence in sport and many students compete at a National level in Basketball, Volleyball, Hockey , Squash, Cross Country, Trampolining, Swimming, Table Tennis and Badminton. Huish Tigers Basketball team train and play at the College and will also hugely benefit from the new facilities. Student participation in sport at Huish is nearly double the national average, according to figures from the AoC.