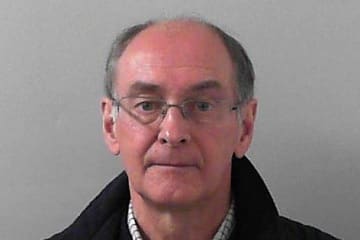 A former Somerset music teacher has been jailed for more than 10 years after pleading guilty to carrying out multiple sexual assaults against eight boys.

Paul Dowbekin, from Nunney, admitted committing 14 offences relating to boys who were all aged under 14 at the time.

The assaults took place between 2000 and 2010 in locations including his classroom, home address and at hotels during school trips abroad.

The 67-year-old, who during his career taught at schools across the south of England, was jailed for a total of 10 years and seven months following a hearing at Taunton Crown Court.

Investigating officer DC Vicki Edwards said: “Dowbekin is every parent’s worst nightmare – he carried out abhorrent attacks on children left in his care.

“Under the guise of improving their breathing during singing lessons, he would ask his victims to lie down and close their eyes. He’d then sexually assault them as they lay innocently on the floor.

“On other occasions, he’d abuse his victims while claiming to be assisting them with their posture or after massaging their hands and legs.

“There is no doubt in my mind that he’s a danger to young boys and deserves to be behind bars.

“His actions have resulted in lifelong consequences for his victims and I hope now that he has admitted what he did and been punished accordingly they feel a sense of justice.”

DC Edwards added: “I would like to thank all of the victims in this case who have shown tremendous courage and bravery in talking to us about their experiences and supporting the investigation.  I hope this conviction will also encourage other victims to report offences to us.

“It doesn’t matter when the assaults happened, where they took place or who did it – we’ll take every report seriously and help provide support.”

If you have any information you’d like to provide to the inquiry team, please contact Investigations via 101 and provide the call handler with the reference 5217184358.

Victims of rape or sexual assault, recent or non-recent, can also self-refer to The Bridge, a Sexual Assault Referral Centre available 24/7 365 days a year. Visit their website at www.thebridgecanhelp.org.uk or call 0117 342 6999.

You can also visit www.thisisnotanexcuse.org for details of charities and organisations who are experts in supporting victims.