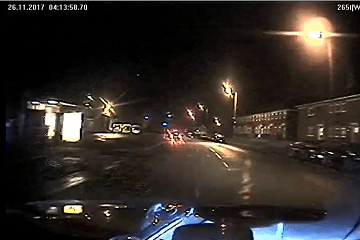 A 29-year-old disqualified driver who drove at excessive speeds during a pursuit in Taunton has been jailed for 10 months.

Leon Wayne Williams, of Moorland Road, Taunton, admitted charges of dangerous driving, driving while disqualified, failing to provide a specimen for analysis and driving without insurance at Taunton Crown Court.

As well as the custodial sentence, he was also disqualified from driving for 35 months, following which he’ll have to take an extended re-test, and ordered to pay £140 costs.

Williams failed to stop his blue Peugeot 306 for PC Marcus Cookson after exiting the M5 at junction 25, at about 4.10am on Sunday 26 November 2017.

In the resulting pursuit, he drove at speeds of up to 80mph in a 30mph and travelled along the A358 Toneway and the Lambrook estate, before decamping from the car in Roman Road. At one point, he drove the wrong-way down a No Entry street.

PC Cookson said: “Leon Williams’ actions were erratic and reckless and could easily have resulted in fatal consequences.

“I welcome the custodial sentence which shows how seriously dangerous driving cases are taken by the police and the courts.”