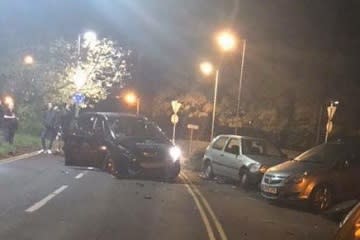 A driver has done a runner after smashing into 3 other parked vehicles late last night in Taunton.

Residents heard a series of loud bangs and rushed out to see the driver run off after the vehicle came to a rest.

It’s understood nobody was injured in the crash last night and that the vehicle was stolen.