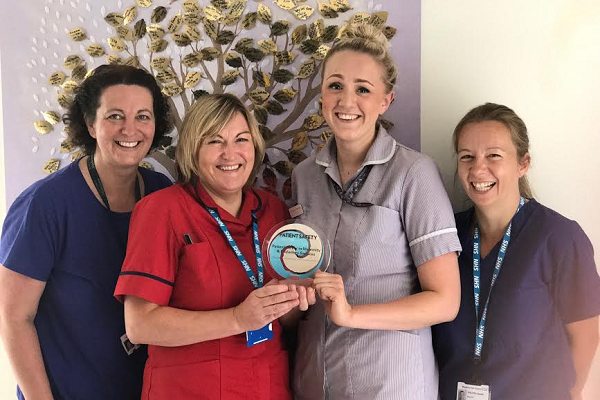 Midwives, doctors and maternity support workers at Musgrove Park Hospital have won a second national award in the space of a few months.

Judges at the HSJ Patient Safety Awards have recognised the hard work done by the hospital’s midwives and support staff to improve and maintain the safety of the maternity unit.

They said they were impressed by the engagement of staff and how much women had been involved in the improvements, particularly in helping families to deal with bereavement and in the development of the maternity information app.

Some of the highlights that judges were impressed with include:

Debra Young, head of midwifery and children’s services at Musgrove Park Hospital, said she was very proud of the work done by Musgrove’s team of midwives, doctors and support workers.

“I am immensely proud of the service we offer here in Taunton,” she said. “Winning this prestigious award is great recognition of everyone&#39;s hard work and achievement.

“This is very much an achievement by the whole team and the award is well deserved recognition of everyone’s hard work and commitment to providing the best possible service for families.”

Some of the other work at Musgrove Park Hospital’s maternity unit includes:

Musgrove Park Hospital was also a finalist in five other categories at the HSJ Patient Safety Awards.