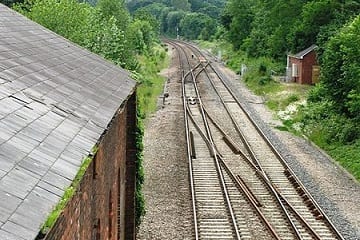 GOVERNMENT proposals that could see the reopening of rail routes lost half a century ago are being welcomed by Taunton Deane Borough Council.

The authority has been working with partners, including local MP Rebecca Pow, towards the reopening of Wellington station that shut in 1964 under the Beeching axe.

The council wants to see a Metro-style link opened to connect with Taunton and Exeter and helped to fund a business case for the bid, working with neighbouring councils in Devon, Somerset County Council, the Local Enterprise Partnership (LEP) and the MP.

The link would also see a new station opening at Cullompton in Mid Devon as part of the joint project.

Cllr Mark Edwards, deputy leader of the Borough Council, has led the campaign and welcomed the announcement from Transport Secretary Chris Grayling yesterday (Wednesday November 29) that lines closed in the 1960s could be reopened.

Cllr Edwards said: “Today’s report is very welcome – we have genuine support for our proposal to reopen Wellington’s station and reconnect the town to the rail network. “Extensive work has taken place on possible network timetabling – and that has confirmed that the proposal is definitely feasible. “We are now carrying out more detailed work on the business case and are hopeful that it will be ready in the spring.”

“Wellington is a growing town and the station would provide a real lifeline to residents and businesses.”

Wellington Station first opened in 1843 but fell victim to Dr Beeching, chairman of the British Transport Commission, who recommended mass cuts to the nation’s loss-making railways. More than 2,000 railway stations closed as a result.