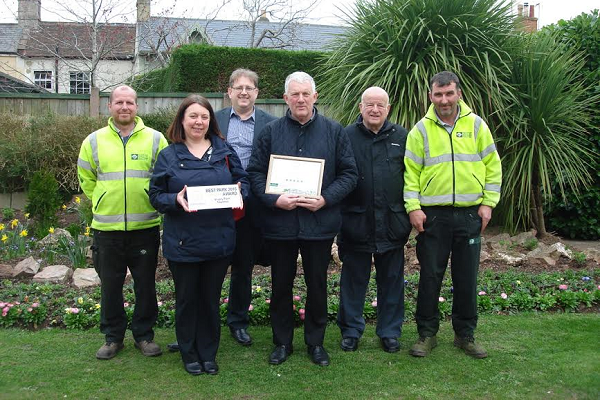 Vivary Park, the jewel in Taunton’s crown, has been awarded five stars from the Britain in Bloom Pride in Parks awards.

The accolade was given to the Council’s town centre park for the second year running and adds to a string of honours gained by the Victorian gem which is recognised in the European Garden Heritage network.

Vivary Park was visited last summer during the annual Britain in Bloom South West judging which attracts entries from across the region from Cornwall to Bristol. The results were announced this month at a South West in Bloom ceremony at The Palace Hotel, Torquay.

Shaun Cregan, who chairs the Friends of Vivary Park, said: “To gain the top award for two years in a row is fantastic news. Everyone who works hard to keep Vivary Park looking its best all year round should feel extremely proud. I am delighted that their efforts have been rewarded with this continued recognition.”

Cllr Catherine Herbert, Executive Councillor for sports, parks and leisure, said: “I would like to thank everyone who puts so much effort into our parks throughout the year – our staff, the Friends groups and other volunteers. Vivary Park is a credit to every one of them and could not look so stunning without their dedication. This latest success is down to all their hard work.”