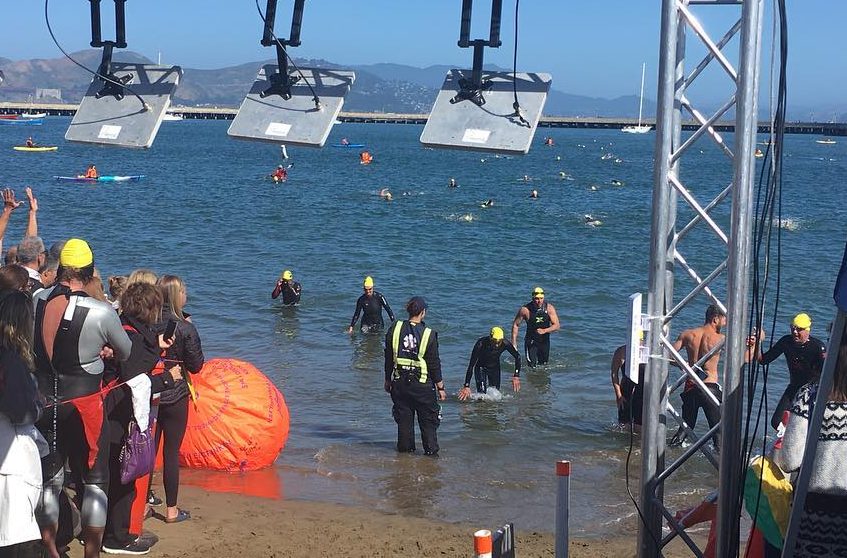 A teacher from Taunton School, Lucy Turner, 43 from Halse near Taunton, has achieved the incredible “Sharkfest” challenge, swimming from the notorious Alcatraz prison after only recently recovering from major brain surgery.

In 2015, Head of Leisure Studies, Lucy Turner, signed up for a charity swim to “escape” from Alcatraz, in a 1.5 mile treacherous swim around the bay of San Francisco. Her son, Jamie, has severe epilepsy and Lucy was inspired to raise money for the charity Young Epilepsy.

However, in February 2016, Lucy was forced to defer the swim, after being diagnosed with a brain tumour and in September 2016, underwent a 13-hour operation to remove most of her tumour. This was only months after her son had also had major brain surgery because of his epilepsy. 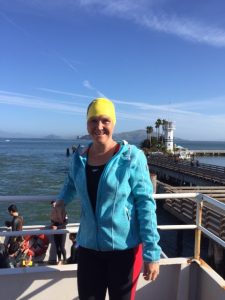 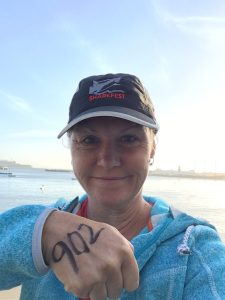 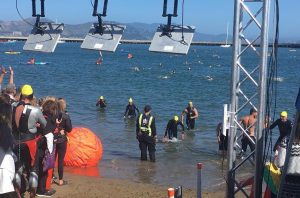 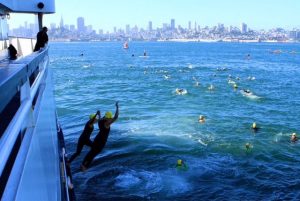 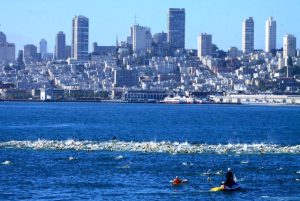 Undeterred from the challenge, Lucy courageously decided to take the plunge on 4th June this year, and achieved the incredible open water swim from the prison to the mainland. Out of 900 competitors, Lucy was one of the brave 138 in the non-wetsuit category and came 2nd in her age group with a time of 54 minutes. As well as supporting Young Epilepsy she also felt it now appropriate to also raise money for Brain Tumour Support.

Lucy, who was not experienced in open water swimming until very recently said “It was an amazing experience to do this swim and raise money for charities so meaningful to me. I have raised £1700 so far and more is still coming in. I’m very thankful to Hamish McCarthy from Taunton School Long Distance Swimming Club who helped me prepare for the event. I trained as much as I could at Lyme Bay in Dorset, Hope Cove Bay in Devon and Clevedon open pool.”

The event, alarmingly named “Sharkfest”, was in its 25th year and is always planned for this time of year to mark the date that the infamous Anglin brothers escaped from the prison in 1962, and were never found – still presumed to be fugitives! The course is monitored by lifeguards and a “shark watch” team.

Lucy added “I was told that a leopard shark was spotted in the bay the day before the race, but I felt safe doing the swim, and I’m very glad to say I have “Escaped from Alcatraz!”