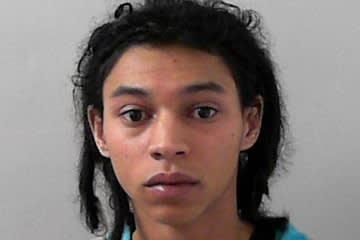 A 21-year-old man has been jailed for nine years after being convicted of multiple child sex offences.

Austin Stuart-Taylor, of Taunton, supplied his victims with drugs before sexually exploiting them at addresses in Minehead, Taunton and Wellington.

In addition to being jailed at a sentencing hearing today, he was also given a 10-year Sexual Harm Prevention Order, a 10-year restraining order against all the victims and he’ll be on the Sex Offenders’ Register indefinitely.

The offences he was found guilty of were:

During the trial, the jury were told neighbours would often see girls dressed in school uniform attend the properties occupied by Stuart-Taylor.

There, he would provide them with drugs including cannabis, ketamine and MDMA.

The jury were told sexual images and moving video footage of children as young as three-years-old were found on Stuart-Taylor’s computer.

An examination of his phone also found a substantial number of photos of his genitalia, some of which the court heard, were sent to his victims in an effort to groom them. He also repeatedly asked his victims to take indecent pictures of themselves and send them to him.

Investigating officer Detective Sergeant Phillip Clarke said: “Austin Stuart-Taylor is a manipulative individual who plied young girls with drugs in order to gain influence over them and abuse them.

“It’s clear he has a disturbing interest in young girls from the images found on his electronic devices.

“His actions were deliberate and calculated and there is absolutely no doubt he knew how old his victims were when he engaged in sexual activity with them.

“Together with Barnardos Against Sexual Exploitation (BASE), support has been provided to all the girls through what has been a lengthy criminal justice process and I hope now Stuart-Taylor has been handed a substantial prison term they can move on with their lives.”

At today’s hearing, the judge awarded commendations to DS Phillip Clarke, DC Paul Moares and Investigations Support Officer Alan Chambers for their work on this investigation. The judge also awarded a commendation to Kate Chisnall from BASE.

Operation Topaz, which was initially launched as pilot in Bristol in January 2017, allows us to identify offending at an earlier stage.

Force lead for Child Sexual Exploitation Detective Chief Inspector Liz Hughes said: “With the introduction of Operation Topaz in Somerset we are now better equipped than ever to protect children and young people from sexual exploitation.”

“The unique approach of Topaz allows us to identify offences early and at times, offending which may not have ever come light at all. The partnership working also increases our ability to build relationships with those affected by abuse and provide them with support.

“By working together and sharing information we can help inform, educate and prevent this form of child sexual abuse from happening. But we and our partners can only do so much though and we still need the public’s help.

“If you suspect a child or young person may be at risk, or have any information relating to CSE, please contact us.”

Anyone with information about CSE can call 101 or contact us via Avon and Somerset.police.uk.

If you don’t want to speak to the police, you can call Crimestoppers on 0800 555 111 where information can be left anonymously.

If you know or suspect a child or young person is in immediate danger, you should dial 999 straight away.

More advice about CSE, support services and a downloadable leaflet for partners is available via https://www.thisisnotanexcuse.org/child-sexual-exploitation.