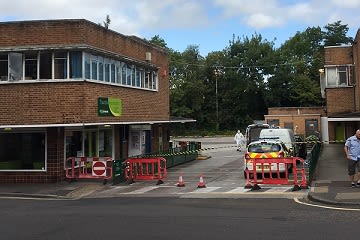 Taunton Bus station has been closed by Police after a body was found in the early hours.

A Police spokesperson commented “We were called to Taunton Bus Station at around 5:35am this morning (Aug 7th) following reports of a body of a man, in his late 20s or early 30s, which was found near Goodland Gardens. The death is currently being treated as unexplained. The area is cordoned off while investigations are ongoing.”

Anyone who has any information, or who was in the area last night or in the early hours of today, call 101 quoting reference number 5218169714 and ask to speak to Bridgwater Investigations.

The buses of Somerset have said on Social media; “We are currently working with Avon and Somerset Constabulary regarding the incident at Taunton Bus Station this morning. They have made a statement regarding this and we are doing all we can to assist. We are unable to comment further.”

“As this is a live investigation we ask that you refrain from commenting on this case on our page. If you have any information please contact the Police.”

Taunton Bus Station remains closed and is likely to be closed for the rest of the day. Buses are setting down and picking up on Castle Way. Staff are assisting passengers on Castle Way.