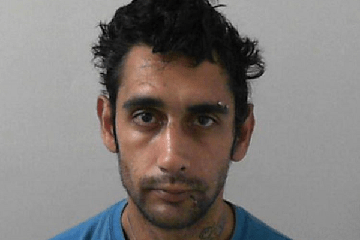 A man has been jailed for eight years for two knife-point robberies.

At Taunton Crown Court yesterday (March 21st) Frederick Walls, 34 of no fixed address, was convicted of robbery at the Post Office in Henlade in Somerset on August 9th.

He had already admitted another knife-point robbery at the Texaco garage in Wellington New Road in Taunton on October 11.

During both robberies Walls used a knife to threaten staff before making off with cash.

He was also sentenced to 12 months each for two counts of possession of a bladed article to run concurrently.

DC David Cousins said: “This was a terrifying ordeal for the staff members in both stores who were simply doing their jobs.

“Walls threatened them with a knife leaving them fearing for their safety.

“I hope this case serves as a warning that these actions will not be tolerated and there will be serious consequences for those involved in such criminality.”