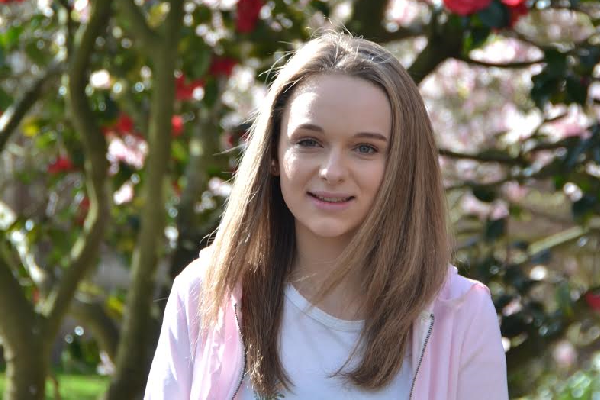 Taunton teenager Phoebe Hake has been given the big thumbs up by judges at the TeenStar auditions and  has made it through to the Regional Finals in Bristol where she will be competing with other impressive acts in the singing and dancing competition exclusively for teens and pre-teens.

Phoebe, who is 15 years old and a pupil at King’s College in Taunton has enjoyed singing all of her life and regularly sang songs from the shows and the Disney movies when she was an infant, however when she was just seven years old and a pupil at Creech St Michael Primary School she sang her first solo and started having singing lessons and hasn’t looked back since.

Phoebe then moved onto King’s Hall where she sang solos both in her own right and as part of the school choir and took part in numerous school concerts and is now a pupil in Year 10 at King’s College where she already making her mark and has singing lessons with Mark Lawson.

Phoebe’s musical hero now is Beyoncé and she loves to listen to Amy Winehouse, Ed Sheeran, Duffy and The 1975.
In the audition she sang ‘Girl on Fire’ by Alicia Keys but in the regional final in Bristol Phoebe will be singing the Mark Ronson and Amy Winehouse version of ‘Valerie’.

Looking ahead to her big day in Bristol next weekend Phoebe said: “I’m so happy that I’ve been selected to sing at the regional finals of Teenstar.  I’ve been rehearsing hard and I’m really nervous but I think it will be a great experience.”