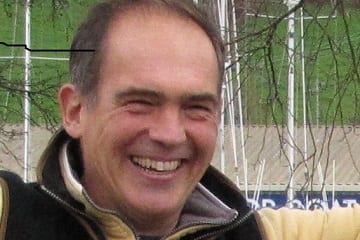 The South West Academic Health Science Network (SW AHSN) is giving equipment to GPs and other care providers to help them identify patients who may be at risk of stroke.

The scheme is part of a national roll-out by NHS England of a range of devices which help detect atrial fibrillation (known as AF), an irregular heart rhythm. The devices offer a mobile ECG (electrocardiography) solution to check a person’s heart rhythm, for example by using a phone, hand-held thumb pads or a wristband, often coupled with an app to show the results.

This week (20-26 November 2017) is Global AF Aware Week (#AFAwareWeek), organised by the AF Association. Strokes are a major cause of death and disability in the UK, with up to a third of strokes caused by blood clots that form as a result of heart arrhythmia, particularly Atrial Fibrillation (AF).

Public Health England (1) estimates that AF affects two per cent of the population and costs the NHS around £2.2 billion. In Somerset, Devon, Cornwall and the Isles of Scilly, this equates to approximately 18,000 people with undiagnosed AF.

The SW AHSN is now calling for expressions of interest from commissioners and providers in the area who wish to obtain mobile ECG devices at no cost. The form is available from HERE with details of links and resources, launched this week to mark AF Aware Week.

Justin Smallwood is from Lympstone and works with East Devon and Exeter Stroke Rehab. A former Royal Marines Commando, he declined medication from his GP after being diagnosed with AF. Justin explained:

‘One morning a few months later, coming down the stairs at home, I had a feeling of light-headedness as I slid to the ground and lost consciousness. Sometime later, I came round and tried to carry on with my day. I was confused, uncoordinated and unable to grasp what might have happened until a friend rang and asked me why my speech was slurred. He took me to the GP who asked me to raise both arms above my head and say ‘hippopotamus’. I failed both tests and he concluded I’d had a stroke.

‘Since retiring from the Royal Marines, my work has been to help other people with their stroke rehab. I have trained as an Action for Rehabilitation from Neurological Injury – www.arni.co.uk – stroke rehab trainer. The link between AF and stroke is very real. I also make it my business to encourage people to check their own pulse rate and rhythm regularly and to get an irregular heartbeat looked at by their GP.’

‘We are supporting the AF Association’s goal to raise awareness of atrial fibrillation and identify as many people who are currently undiagnosed as possible. For patients with atrial fibrillation, the risk of suffering a stroke is increased by nearly 500 per cent. With the right treatment – often using anticoagulation medicines – this risk can be significantly reduced.

‘We would like to hear from people working in primary care, community care, secondary care, commissioners and other NHS providers who can make best use of these devices to improve the detection of AF.’

The specific devices and numbers that will be offered are to be confirmed; the deadline for expressions of interest is Sunday 26 November.

During this year’s Global AF Aware Week, people are being encouraged to spread the word about irregular heart rhythm and urge friends and family – particularly those aged over 65 – to check their pulse and see a GP if it is irregular. Pulse checks can be carried out manually or through new technology, with irregular rhythms investigated further by healthcare professionals. Find out more on the AFA’s ‘Know Your Pulse’ page at http://www.heartrhythmalliance.org/afa/uk/know-your-pulse.