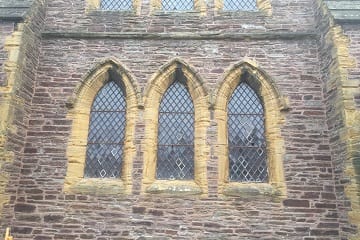 Vandals have caused damage to several windows at a listed church in Taunton.

Overnight on Saturday 28 October into the following day, damage was caused to windows in three separate parts of North Street Congregational Church.

The damage was discovered by members of the church and the police were notified.

While church members were waiting for officers to attend, more stones were thrown through the windows, narrowly missing people inside.

Investigating officer PC Gary Pethick said: “These are acts of senseless vandalism on a historic building and we want to identify the offenders responsible.

“The damage appears to be more of a calculated and targeted attack rather than random vandalism.

“The church was built in 1842 and is a listed building, so the damage will be costly to repair.

“I’d like to speak to anyone who saw or heard anything suspicious in the area of the church on Saturday 28 October and Sunday 29 October. Do you know who was responsible for causing this damage?”