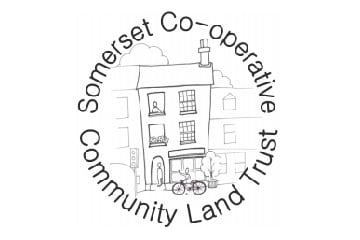 Somerset Co-operative Community Land Trust, a not-for-profit community benefit society, has appealed for social investors in the local community to invest in a groundbreaking project.

They plan to expand from the one property they own on East Reach into two additional properties – the aim is to provide new flats for affordable rental, addressing the crisis in housing in the area; and also more workspace for
community enterprises that provide skills, opportunity and employment for disadvantaged people.

The pioneering community project has already raised over £250,000 of community investment with the support of almost a hundred local people, many of whom volunteer at 10 East Reach. Now the aim is to raise at least a further £187,500 – and ideally more. The ‘community shares’ are similar to company shares in that they offer an opportunity to secure a financial return in excess of inflation; but the shares are withdrawable, rather than tradeable, so they don’t rise and fall in value but remain worth £1 each.

Above, there are four flats that have provided a home for twelve people in the last three years – many of them unable to find suitable housing anywhere else.

If the offer is successful – and the deadline is 30th November – the Land Trust will be purchasing two nearby properties, both of which have potential for new buildings that will meet the most urgent needs of the local area. East Taunton is one of the most deprived areas in Somerset, and is suffering especially badly from the benefits freeze, pollution, low wage and insecure employment and problems with addiction and poor mental health. While the project is local in nature, it may well be copied elsewhere in the country.

“We are part of a Community Land Trust movement across the UK, and I have worked on housing as a Councillor; but we also need new social housing ideas that could be replicated around the country”, said Alan Debenham, the Chair of the CLT. “By developing urban rentals, using the latest eco-technologies, supporting co-operative enterprise and empowering tenants we are pioneering new ways of relieving poverty and deprivation.”

Caitlyn Reynolds, a tenant of the Land Trust, said “When we came to the Land Trust we were five days from being homeless. They stepped in where everyone else had failed. Since then we have been able to study and find employment, and we have a happy home here. I have even been given the opportunity to become a board member, and share in the running of the project.”