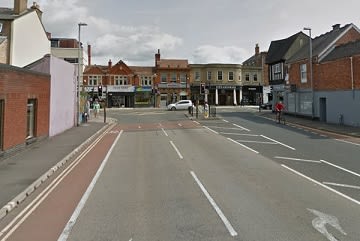 Avon & Somerset Police are appealing for witnesses following a street robbery in Taunton.

The incident happened at around 00.10am on Friday (May 10th) when a man and a woman left the Coal Orchard pub in Bridge Street.

They walked to the end of Wood Street when they were approached from behind by two unknown men.

One offender grabbed the backpack on the man’s back, which made the man and woman turn to face both the attackers. The man fell to the floor where both attackers kicked him in the torso. The woman tried to intervene and during the tussle her handbag, containing her purse, was stolen.

The victims saw one of the suspects was holding a knife-shaped object.

The offenders both ran off towards to the direction of the Coal Orchard pub before they were lost to sight.

If you were in the area at the time and saw anything, or you think you may have information that can help our investigation, please call 101 and quote reference number 5219102380.