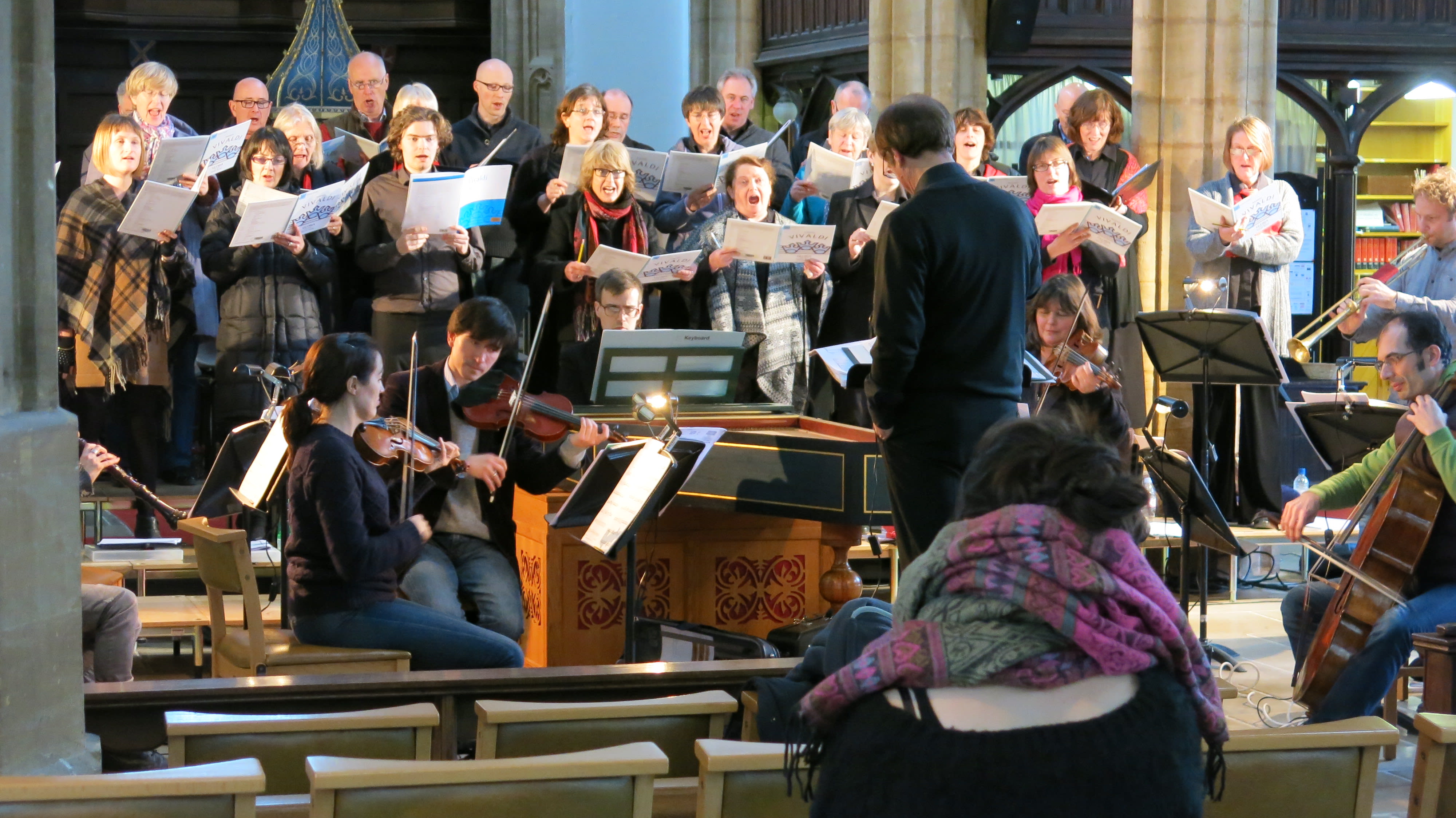 On Saturday 19 May, the Church of Saint Peter and Saint Paul in South Petherton will be filled with the glorious music of the baroque composer George Frederic Handel, performed by The Phoenix Singers, a well known Taunton-based chamber choir, and The Orchestra of Opera Settecento.

Many famous composers have declared Handel to be a musical genius and Beethoven even went as far as to describe him as the “master of us all…the greatest composer that ever lived.” Beethoven admired the simplicity of Handel’s music, saying: “Go to him to learn how to achieve great effects, by such simple means.”

With the Magnificent Mr Handel concert, Andrew Maddocks, the conductor and musical director of The Phoenix Singers, aims to “declare the composer’s magnificence to all who are there.”

Andrew Maddocks said: “It will be a fitting climax to the royal wedding celebrations that are also taking place on 19 May. The opening piece for our concert is the Coronation Anthem, Let thy hand be strengthened, first sung at the Coronation of King George II in 1727. It has a cheerful opening and a bright Alleluia conclusion. Perfect!”

The musical programme is packed with other Handelian gems, including selected choruses and arias from the Messiah, two excerpts from an oratorio based on the story of Susanna in the Bible’s Book of Daniel, as well as Handel’s exquisite Organ Concerto in F Op.4 and finishes with the compelling Laudate Pueri Dominum (Psalm 112).

The Phoenix Singers was formed in 1971 in Devon and has since become a prominent chamber choir in the south-west with an eclectic approach to styles and periods of choral music, including various contemporary composers and arrangers. Membership is by audition, so each singer requires a certain level of musicianship and previous experience. All the singers are resident in Somerset or Dorset and travel from as far as Minehead, Crewkerne, Bridgwater and Wellington. The Taunton-based choir’s large concert repertoire is made possible by the ability and vast experience of the choir’s members. There are many different occupations among the singers including: teaching, NHS professionals, church ministry, the legal profession and students. The Phoenix Singers perform programmes that draw on many periods of music including very contemporary and often in celebration of a current anniversary or for a charitable cause.

The Church of St Peter and St Paul in South Petherton, Somerset has Saxon origins and the present church dates largely from the 13th and 15th centuries. The tower has a magnificent set of 12 bells.