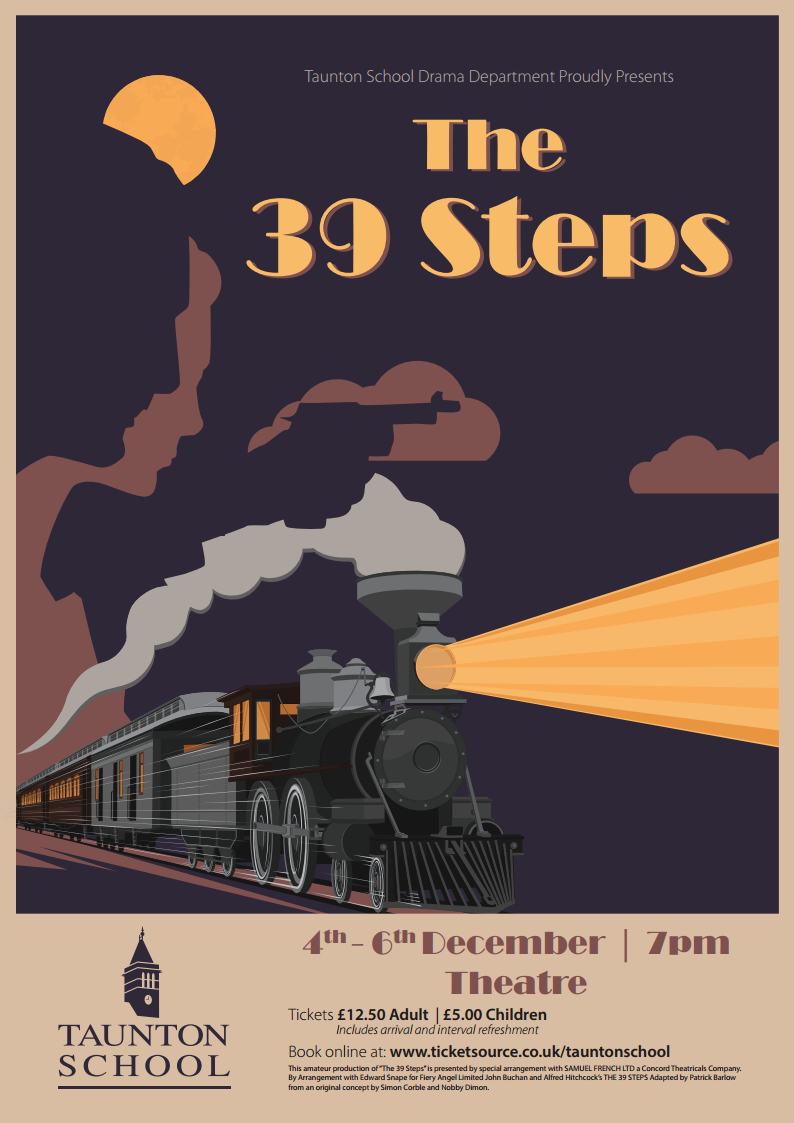 Taunton School Drama Department is delighted to announce that the Box Office for this year’s production of John Buchan’s “The 39 Steps” adapted by Patrick Barlow is now open!

Join us in our newly refurbished Theatre for the journey of Richard Hannay – a man on the run from the police for a murder he didn’t commit – as he desperately tries to uncover the mystery of The 39 Steps hopefully before the law catches up with him.
This hilarious parody of Buchan’s classic adventure novel also gives a nod to Hitchcock’s famous 1935 film whilst maintaining a fast-pace of comedy as Hannay encounters a variety of other eccentric characters along the way. We look forward to seeing you soon!