Stand Up For Cider! Copy 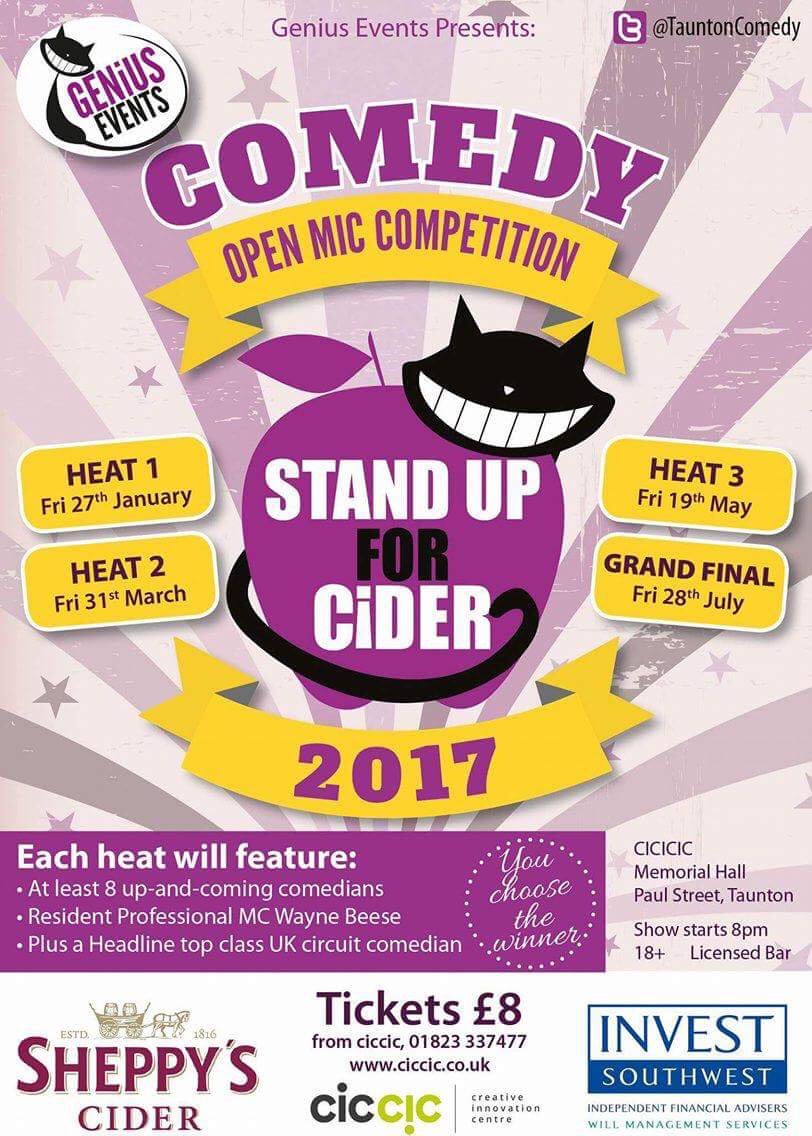 Thrilled to announce details for Stand Up For Cider 2017!
In our 3rd year!!
Each show will be MC’d by the awesome Wayne Beeze! Each show will consist of a bunch of up and coming Comedians from across the UK!

The 1st Heat will be headlined by Wayne the Weird! – This year’s shows are going to be awesome!