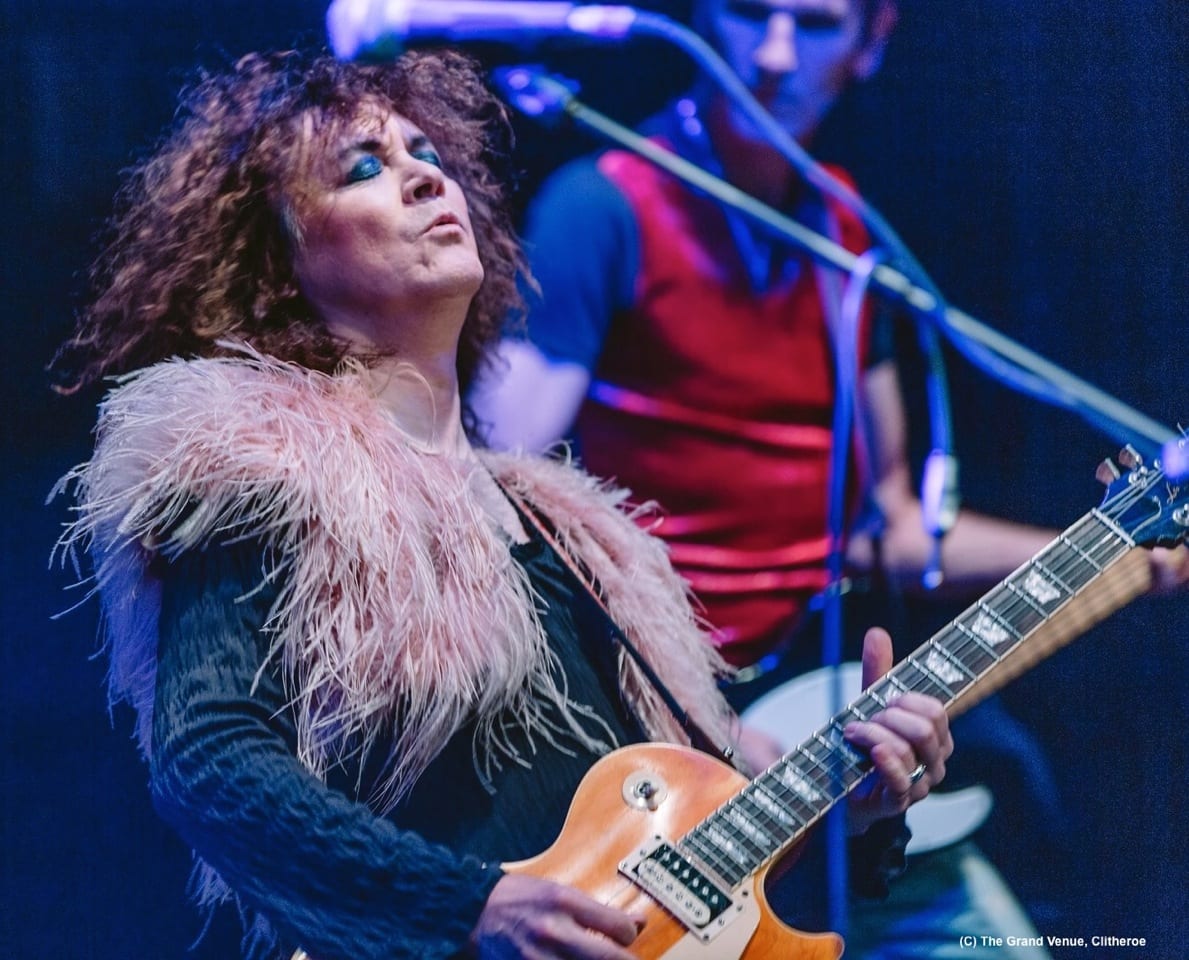 T.Rextasy, presented by Sweeney Entertainments, has been performing all over the world for 25 years, a career that ironically out-lives Marc’s very own T.Rex. In 2017, the band returns to venues across the UK to transport audiences back to the 70s for the Marc Bolan 40th commemorative anniversary tour.

Marc Bolan, with his band T.Rex, was one of the most flamboyant and charismatic stars of the original glam rock era. With Bolan’s special ingredient of Rock-a-Boogie songs throughout the 1970s including ‘Telegram Sam’ and ‘Jeepster’ he was able to obtain what would be yet another Top 20 record in 1976 that has since become one of the most memorable and everlasting signature tunes, ‘I Love to Boogie’.

Accepted as the world’s only official live tribute band dedicated to Marc Bolan & T.Rex, and the only band endorsed and approved by Marc Bolan’s family, estate, original ex-members of T.Rex, and Bolan’s catalogue management, T.Rextasy have been described by many as ‘beyond the boundaries of tribute’. The skilled musicianship of Danielz (Vocals & Lead Guitar), Neil Cross (Rhythm Guitars, Backing Vocals), Rob Butterfield (Bass Guitar, Backing Vocals) and John Skelton (Drums) lets the timeless music and legacy of Marc Bolan and T.Rex live on, performing everything from 20th Century Boy to Children of the Revolution and Telegraph Sam to Hot Love with superb authenticity.

Sweeney Entertainments, co-founded by Julie and Peter Sweeney, has been providing a wide repertoire of top quality touring shows for theatre and corporate events for over fifteen years both in the UK and internationally. 2017 has been the company’s strongest year to date with more shows touring than ever before. Julie said: “T.Rextasy is a rock ‘n’ roll show with a generous mix of the popular hits, a 15 minute acoustic slot, play b-sides and album tracks – this is two hours of amazing completely live glam rock!”

This full-on concert showcases all of the hits and more, with both electric and acoustic performances, faithfully recreating the energy and performance of Marc Bolan and T.Rex. Bringing audiences to their feet across the globe, the whole family will enjoy the experience of being transported back to the 70s to re-live the experience of attending a Marc Bolan concert live.

This rock’n’roll concert is truly about the music – book your T.Rextasy tickets today!