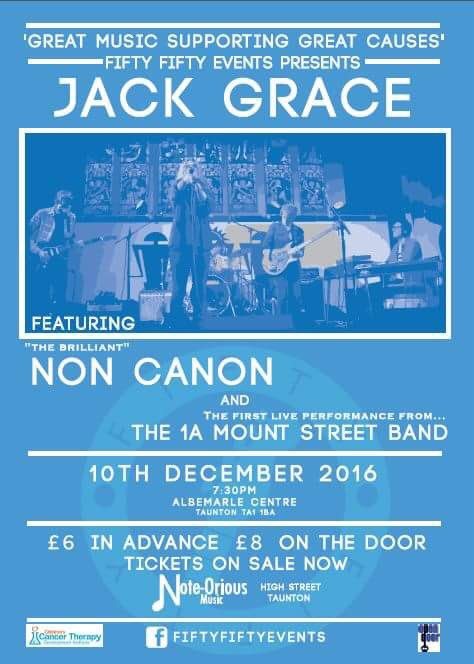 The first event by Fifty Fifty Events, which is bringing new and exciting music to Taunton at a new venue. All proceeds will be split 50/50 between the performers and local charities. This event will benefit vulnerable adults, children with cancer and the homeless.

Acts are Jack grace Band, who are starting off their new tour in Taunton, Non Canon, who has just released his first solo CD following his many recordings as part of Oxygen Thief, and the 1a Mount street Band, making their debut after an amazing appearance on BBC Radio Somerset during the week.