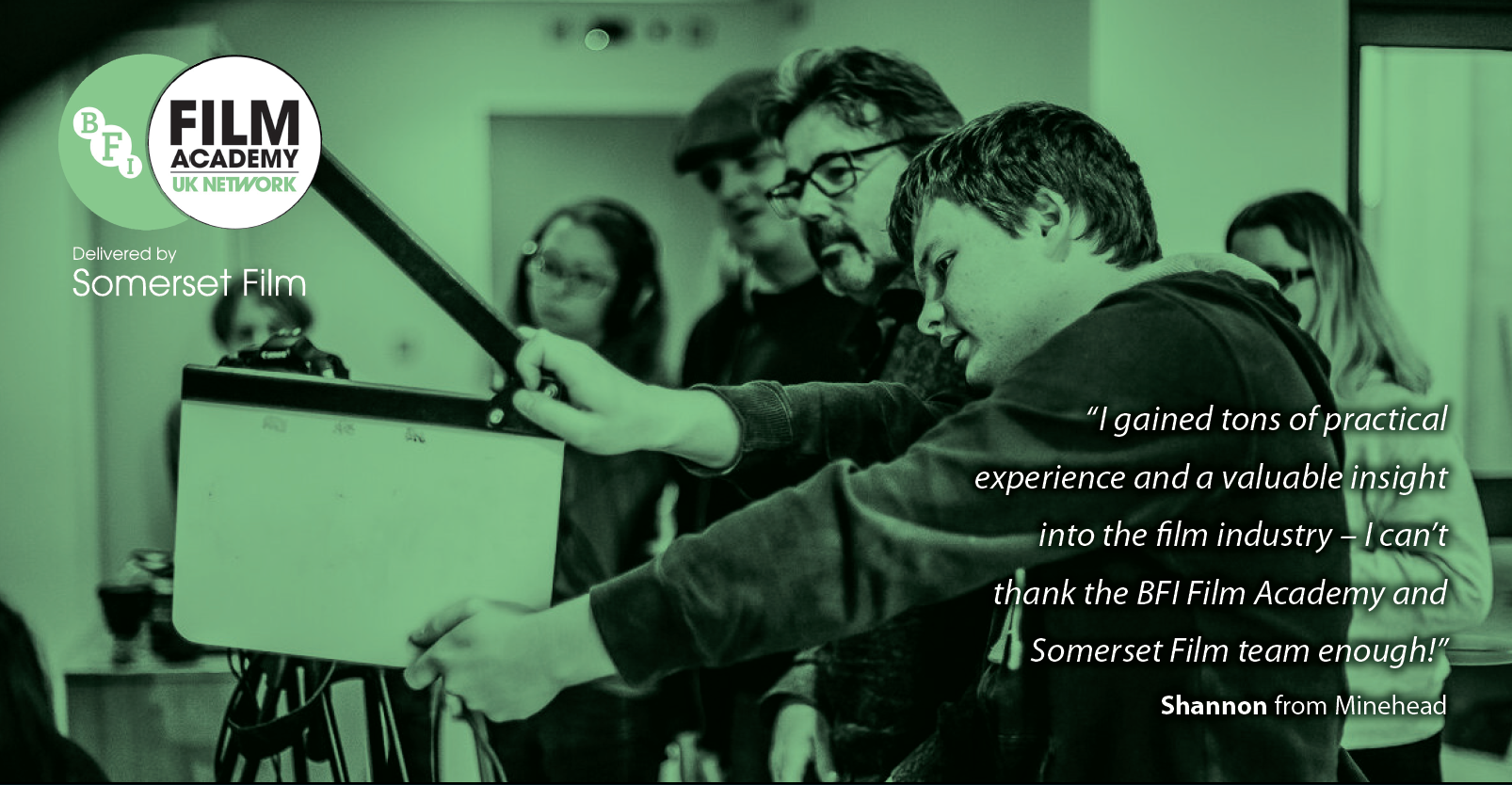 The Somerset Film BFI Film Academy is back…

Aged 16-19? Love film? You have the chance to take part in our British Film Institution (BFI) Film Academy Programme in partnership with BAFTA and Pinewood Film Studios!

Participants of the Academy receive seven jam-packed days of masterclasses, screenings, career guidance, mentoring and hands on workshops plus the chance to meet industry professionals and make two short films.

The Academy takes place at The Engine Room in Bridgwater on 6/13/20/27/28 Jan and 3 & 4 February 2018. It costs just £25, but if you feel that you are unable to pay the course fee then we still encourage you to apply as this fee can be waived. Bursary places, help with transport and other cost cover is also available.

The BFI Film Academy is aimed at those who are interested in pursuing a career in the film and media industry, whether as a script writer, cinematographer, actor, set designer or director (the list is endless!) you do not have to be currently studying film or media to apply.

Application forms can be downloaded at http://www.somersetfilm.com/initiatives/bfi-film-academy.

BE QUICK! The deadline for applications is Monday 18th December. We will notify successful applicants by Wednesday 20th December. Please do get in touch with us if you would like further details on the course. Call 01278 433187 or email info@somerserfilm.com