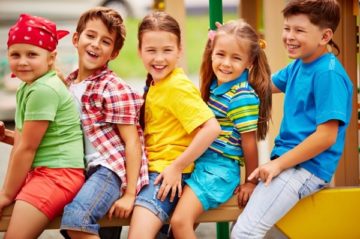 Young victims have helped shape a new £1.5m support service for children and young people in Somerset who have been sexually exploited.

Somerset County Council is helping fund the service which will be delivered by children’s charity Barnardo’s. It is also backed by Avon and Somerset Police and Crime Commissioner and the area’s four other local authorities – Bath and North East Somerset Council, Bristol City Council, North Somerset Council, and South Gloucestershire Council.

Child Sexual Exploitation (CSE) is a form of child abuse in which victims are manipulated or forced into taking part in a sexual act often in return for attention, affection, money, drugs, alcohol or accommodation.

Young people who have suffered from this form of abuse were involved in developing the new service and gave feedback on the ways support for young people could be improved.

Councillor Frances Nicholson, Cabinet Member for Children and Families at Somerset County Council, said:  “This support service is essential to help children who have been sexually exploited to recover, and we are proud to be working with the survivors of child exploitation, other local authorities, Barnardo’s and Avon and Somerset Police to help victims move forward and fulfil their potential.”

The young people wanted to see increased awareness about the service and how to access it including greater publicity in schools. As well as a mixture of both male and female support workers and mechanisms to feedback on the service.

“Where children have been exploited, long term and consistent support is what they need to survive and recover from their experiences and importantly to help the police identify and aggressively go after the perpetrators of this atrocious crime.

“There is complete determination across Avon and Somerset to help care and support young people who are being sexually exploited. I am thankful to all our local authorities for their support and to the young people who helped shaped the future service to ensure it is the very best it can be for our vulnerable young victims.”

“It is a horrid and often hidden crime and we all have a role to play in raising awareness of the warning signs and keeping our children and young people safe from harm.

“This latest funding will enable our staff to work with even more partners across a wider area, ensuring that victims receive the specialist support they so desperately need in order to move on with their lives and fulfil their potential.”

The new service covering Avon and Somerset will go live on October 1, 2017, however for information, guidance, help and support about CSE – including how to spot the signs – just click HERE as there are support services in place.