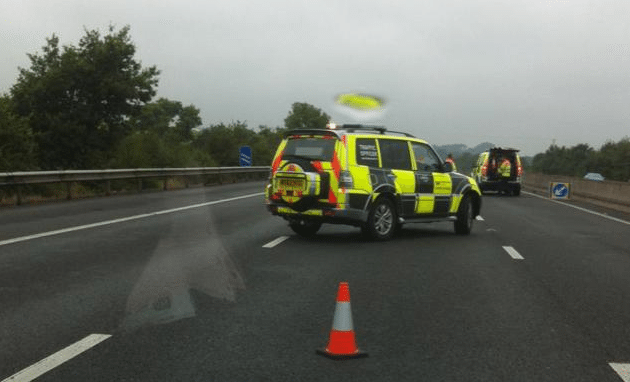 A 25-year-old Wellington woman is to appear in court, charged with causing a public nuisance.

Abigail June Wyatt of Tonedale,  has been bailed to appear at Taunton Deane Magistrates Court on 12 September.

The charge relates to the incident yesterday (Thursday 25 August) morning on the M5 when her alleged actions on a motorway bridge caused the closure of the M5 motorway in both directions in the Wellington area.