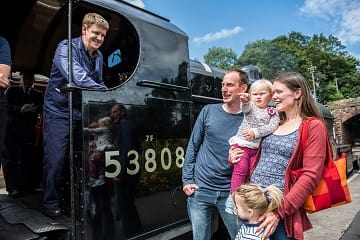 The West Somerset Railway confirms that the passenger numbers for 2017 have increased in comparison to 2016.

Paul Conibeare General Manager said: “I am delighted with the results for 2017, showing the hard work put in by staff and volunteers, has resulted in another great year for the WSR. We are now progressing with a programme of track renewal and locomotive and carriage overhauls, to ensure England’s longest Heritage Railway is ready for re-opening on the 10th February.”

Services will resume for February Half Term, where events such as the “Snowdrops and Steam” will
take place. Tickets can be purchased in advance through the website, providing passengers the benefit of advance discounts.