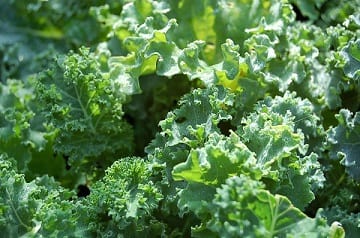 A new kind of farming is taking hold in Somerset – urban agriculture. A new workers co-operative, supported by the local community land trust is preparing to register and scale up its activities, as part of a larger development by Somerset Co-operative Community Land Trust which has so far provided the land behind East Reach where the project is based.

The Taunton Urban Farmers are a group of local people who are both keen horticulturalists and community activists.

They want to use neglected plots around the town of Taunton to grow food for local consumption and to provide employment for people who – for a range of reasons including chronic ill health, addition, mental health issues or limited formal education – have struggled to make a living in the mainstream labour market.

The goal is to provide a halfway house between work and volunteering, in which people can gradually build up their skills and employability.

“It’s early days yet”, said Mark Wiggins, who coordinates the project, “But we’ve already seen some of our volunteers growing in confidence, and of course eating better themselves. We have a great team spirit and growing salad leaves for local restaurants is really satisfying and even therapeutic.”

The new opportunity is to be part of an affordable housing development being funded by community shares. This local, ethical investment offer enables people in Somerset to invest small or larger sums in a form of shares that do not have the ups and downs of normal company shares, but offer a steady rate of interest and a simple withdrawal
process after a few years.

The share offer has just been extended into December to give more people the chance to invest (see ethex.org.uk/somersetclt), and over £60,000 has already been pledged.

If the plan to acquire two new properties near East Reach is successful, the urban farmers will gain access to their own dedicated workshop and packing room, extensive new growing space and even greenhouses built into the roof of a new block of housing.

Russell Gray of Mime Architects, who are designing the new homes, said “We’ve previously work on project proposals for growing seeds above buildings, and hydroponic growing systems on rooftops as a job creation project in India. We’re keen to explore creative opportunities for integrating agriculture into buildings here in Taunton.”

Urban agriculture is of growing interest all over the world from rooftop farming in London to underused gardens in Canada. It has some surprising strengths even compared to more conventional farms: perishable crops can be delivered to the end user quickly and in ideal quantities; the milder micro-climate of a town extends the growing season; crops can be easily isolated from pests and blights; and intensive growing of high-value crops in carefully prepared beds makes good use of even small plots.

The new co-operative will be one of several incubated by ‘Somerset Co-operative Hub’, the shop on East Reach owned by Somerset Co-op Community Land Trust. It will be led by workers (initially, all volunteers – but with the goal of creating paid jobs) but will also have a membership option for local supporters.

“We’re really pleased that the Community Land Trust has let us have access to this land, and now is even designing buildings with us in mind”, said Mark Wiggins, “This project could do a lot for community in Taunton in the years to come – and it’s already providing local varieties such as Taunton Kale and Martock Beans to local people and
businesses.”