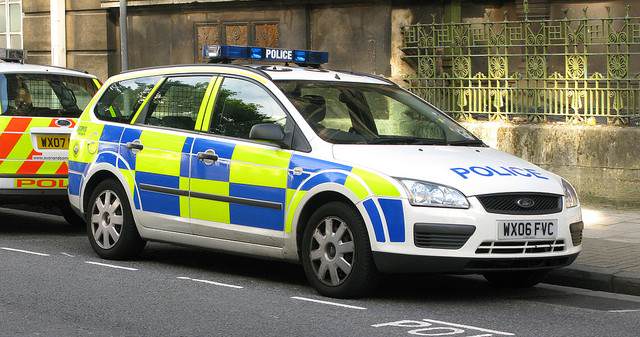 POLICE have arrested two men from Taunton for possession with intent to supply illegal psychoactive substances.

The arrests came after officers from the Somerset Catch Team witnessed what they suspected to be a drug deal out of a car on Saturday 20 August in the East Reach area of Taunton.

The officers approached the men and following a search, they discovered 200 deals of the street drug “Spice”. They also found quantities of white powder, other NPS called “Doc Death”, “GameOver” and “Outlaw”, electronic scales and unused wraps used to package “deals” of drugs. In addition to the NPS they also found Cannabis, a small amount powder suspected to be Cocaine and approximately £300 cash.

Two men, both aged 18, were arrested on suspicion of possession of psychoactive substances with intent to supply and possession of cannabis.

Spice is one of a range of synthetic drugs referred to as new psychoactive substances (NPS), formally known as “legal highs”. The law regarding NPS changed in June of this year bringing an end to so-called legal highs.

The blanket ban on psychoactive substances is designed to get around the issue of suppliers continually offering new drugs which vary slightly in their chemical makeup to replace those already banned under the Misuse of Drugs Act, which is what has been happening over recent years. Anyone caught breaking the law could be given a maximum prison sentence of up to seven years.

Paul Bunt, Avon and Somerset Police’s Drug Strategy Manager, said: “Psychoactive Substances are extremely dangerous and since their emergence have been linked with numerous incidents where people have been admitted to hospital, suffered long-term harm and even died.

“Anyone taking a psychoactive substance is playing Russian roulette with their health as many of these products have never been tested on humans.

Chief Inspector Lisa Simpson, Local Police Commander for Somerset West, added: “We are committed to reducing the harm caused by all drugs. In recent years we have been working hard in Taunton to tackle the issue of so-called legal highs, using anti-social behaviour legislation to close down shops selling them.

“We won’t tolerate drug dealing of any sort. Drugs ruin people, destroy families and can lead to other criminality. With our partners we will work to support those with addiction, and for confidential advice and support on drugs, talk to FRANK.

“However, I want to hear from anyone who has information about any suspected drug crime or suspicious activity in your area, please report it online at www.avonandsomerset.police.uk or call the 101 number.

“If you don’t want to speak to us then call Crimestoppers on 0800 555 111, it is completely anonymous and you could earn yourself a cash reward.”

Attribution License.Please respect the terms of the license as above. Tone FM is a non-profit community interest organisation run by volunteers.