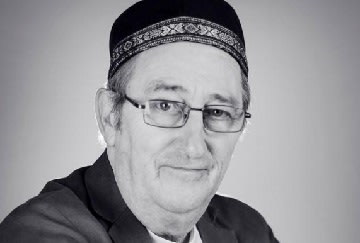 The funeral for Tone FM’s Jazz show presenter, Tony Soley will be held on January 24th at 11am in Taunton Crematorium.

Tony sadly died on Monday January 7th, the day after his last show was broadcast on Tone FM and had been in poor health for a period of time. He was admitted to Musgrove on the Friday after a heart attack.

He had build up quite a following with his love of Jazz  and being involved for several decades in local radio including Taunton Hospital Radio (Apple FM), 10 Radio, Orchard FM and Tone FM.

A popular show from yesteryear was the Wilkes & Soley wireless show on Hospital Radio, they used to do bingo for the wards and where he met his wife, Steph and was married for 18 years.

Steph told us, “Jazz was his passion, he loved it. He loved to have a laugh and be a joker with Mark Wilkes on air often to be hiding under the desk and jumping out or pretending to be fixing the top shelf with too many empties on in the ficticious kitchen with sound effects which often meant patients saying to me that drinking so much is not good for you during the bingo rounds.”

Steph also told us; “Tony was regular at Rumwell Farm coffee shop where he had left his teeth on the table a couple of times and staff now ask him to make sure he had everything with him!”

“When Tone FM launched almost 6 years ago I contacted Tony to run a Jazz Show. He introduced listeners to music from all over the world, drawing on his extensive contacts and knowledge.”

Darren added: “Tony’s love of jazz was unrivalled and he just brought something different to the radio station.”

“He was a really popular member of the team and is going to be missed.”

The funeral is expected to be very busy and Steph has requested that no-one wears black, it was not Tony’s colour. No flowers but donations welcome to Tony’s love of radio. Donations will be split between 10 Radio (Wiveliscombe) and Tone FM which are both run by volunteers.

Tony, 79, was born in Twickenham, London.