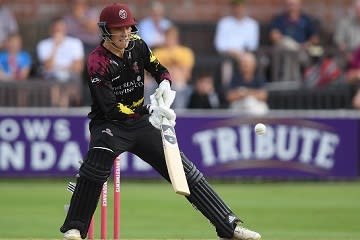 Somerset wicketkeeper/batsman Tom Banton has committed his immediate future to the Club after signing a new contract extension.

The 20-year-old has put pen to paper on a deal that will see him remain with Somerset until at least the end of the 2020 season.

Tom signed his first professional contract after graduating from the Somerset Academy at the end of 2017.

He made his Somerset debut in July 2017 in a T20 match against Middlesex at Uxbridge and since then he has featured in 13 matches in total across all formats culminating in his First Class debut against Surrey at Taunton in September.

Regarding his new deal Tom said: “I’m delighted to have extended my contract at Somerset for another 2 years.”

“I’ve thoroughly enjoyed my time here and I hope to be able to repay the faith that the coaches and committee have shown in me to date by putting in match winning performances for the first team in 2019 and beyond.”

Director of Cricket, Andy Hurry said: “It’s important to secure the future of the Club, so we are delighted that Tom has committed his future to Somerset.”

“We feel that Tom has a very high ceiling and he is on an upward trajectory. We look forward to him continuing his development with us over the coming seasons.”