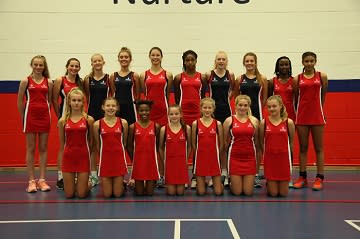 Seventeen netballers have been selected for the England Pathway recently, after a highly successful season of competitions.

At the beginning of the summer holidays, Megan Conabeare and Isla May represented Team Bath U17s at the National Performance League tournament in Nottingham.

Isla May and Mya Hounsell represented Team Bath U15s at The School Games, where Isla was captain.

They, along with other Taunton School netballers, have now earned selection onto the England Netball Pathway.

Taunton School’s Head of Netball Lisa Manley commented: “It’s an incredible achievement to have so many Taunton School netballers selected to be part of the England Netball pathway. After a brilliant season it’s great to see their hard work paying off.”