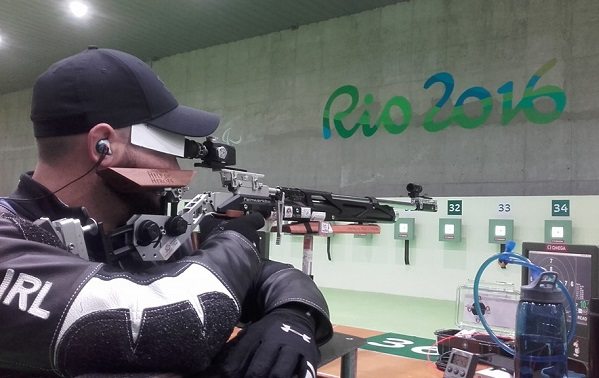 A former Plymouth based Royal Marine served for several years and managed to avoid bombs and bullets in Afghanistan but later contracted Q Fever, a debilitating and incurable illness which left him in a wheelchair suffering from depression.

About a year ago he attempted to take his own life after contracting the rare disease.

Philip found that while his condition continued to deteriorate, his shooting scores continued to improve and added an extra something that was missing in his life.

Philip commented “Help for Heroes, has been a massive support, helping me move my sport from a hobby to that of an elite Paralympic athlete.”

“I’m so grateful for the support that H4H provide and the knowledge that there are genuine people out there who really want to help.”

Philip who shoots air rifle at 10 metres indoor for Ireland in the R5 event said he wants the gold medal to help raise more awareness of Mental Health and to thank the people that have supported him.

He will be competing on Tuesday 13th September in the SH2 prone R5 event.

Phil is getting everyone to wear a beard to help raise awareness. You can follow the awareness on Facebook using #philsbeard