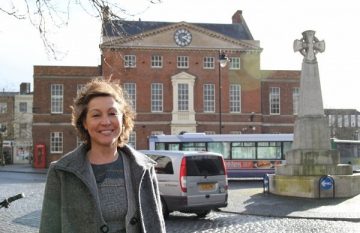 The MP for Taunton Deane spoke on dog fighting in a Westminster Hall Debate this week.

Rebecca Pow, Co-Chair of the All Party Parliamentary Group for Animal Welfare, called for a better education for dog owners in the UK. She said; ‘We need to go into our schools and educate our children, teach people about respect for animals and how to care for them and love them—and not to have animals unless they can do those things’.

Currently in the UK, some dogs are trained to fight and are pitted against each other with the aim of inflicting as much pain and damage as possible. Magistrates in this country can give a penalty of up to six months for someone caught dog fighting. Rebecca called for stricter sentencing for those engaging in dog fighting, including more stringent fines as a disincentive.

Rebecca also spoke on breeding and called for a reduction in the threshold required for dog licences from five litters to two. She made reference to her recent visit to Battersea Dogs and Cats Home in London and congratulated the charity on the nurturing and rehabilitation they provide to abused dogs.

Rebecca rounded up her comments by stating, ‘I think everyone agrees that this is a disgusting and appalling habit that we have allowed to carry on in our society. We have to crack down on it.’