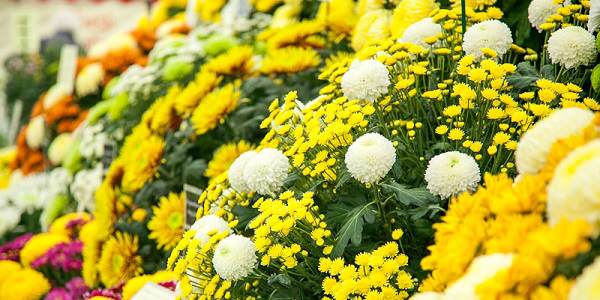 Taunton is to host the South West in Bloom awards for 2016.

The ceremony will take place at Somerset County Cricket Club on October 6 when the In Bloom awards and the In Your Neighbourhood Awards will be announced.

Patrons of Britain in Bloom South West, Lord and Lady Fellowes, will present the awards. There will also be a judge’s surgery where ‘In Bloom’ entrants can get additional feedback straight from the judges.

RHS Britain in Bloom is a nationwide community gardening campaign to transform cities, towns & villages. It has been helping people to improve their local environment since 1964. The It’s Your Neighbourhood campaign is part of the wider Britain in Bloom initiative, providing an opportunity for smaller community groups to get involved.

Judging for South West in Bloom which covers the region from Bristol to Cornwall took place in July. Taunton is in the Pennant Town category.

Vivary Park, the jewel in Taunton’s crown, was awarded five stars and a gold award earlier this year from the Pride in Parks judging which is another Britain in Bloom initiative. The award adds to the string of honours gained by Taunton Deane Borough Council’s town centre Victorian park that is not only nationally important but also a garden in the European Garden Heritage network.

Cllr Catherine Herbert, Executive Councillor for sports, parks and leisure, said: “I am delighted that Taunton has been chosen to host the awards this year. It is our chance to take centre stage at this exciting event on the In Bloom calendar.

“So much effort goes into the Britain in Bloom competition and it is always wonderful to see the staff, Friends groups and enthusiastic volunteers from across the region being rewarded for their efforts.”