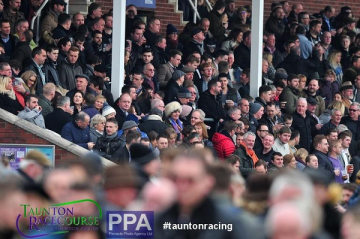 Taunton host The C&S Electrical Wholesale Raceday on Tuesday February 20th when the first of the six races on the card, which boasts a very generous £66,744 in prize money, gets underway at 2.15pm.

The management at Taunton is very grateful to C&S Electrical Wholesale for their continued support.

The C&S Electrical Wholesale National Ventilation Steeple Chase (A Novices’ Limited Handicap) over two miles seven furlongs is next off at 3.15pm.

The most valuable race on the card is The C&S Electrical Wholesale Handicap Hurdle (Class 2) over two miles and half a furlong which has got a whopping £18,500 on offer in prizes.

The penultimate action on the card is The C&S Electrical Wholesale Hager Handicap Steeple Chase over two miles two furlongs which goes to post at 4.20pm.

The afternoon concludes with The C&S Electrical Wholesale Ledwell Palazzoli Handicap Hurdle race at 4.55, which runs over three miles and is the longest of the day.

Racegoers are reminded that if purchase their tickets in advance on-line before 10 am on the day previous to racing that they can take advantage of the up to 20% discount that is available.

A courtesy coach departs from Taunton Railway Station two hours before the start of racing and returns 30 minutes after the last.

Taunton will be hosting a Cheltenham Festival Preview Evening on Friday March 9th  in aid of the Minehead Harriers & West Somerset Hunt  Point to Point.

The distinguished panel for the evening will consist of Paul Nicholls, David Pipe, Philip Hobbs and Tom Scudamore.

With the doors opening at 6pm refreshments and a bar will be available. Tickets cost £10 in advance online or £12.50 on the night.

To book tickets for any of the above or to find out any further information please log onto www.tauntonracecourse.co.uk