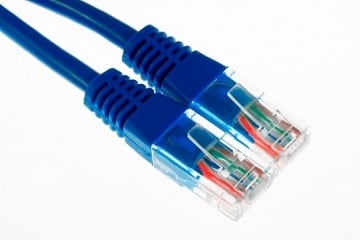 Work has been launched to connect 16 Somerset communities to a new ‘ultrafast’ fibre broadband network that will deliver some of the fastest speeds in the UK.

They are among the 21 in Somerset and Devon to be connected in the latest phase of the Connecting Devon and Somerset (CDS) broadband rollout, being delivered by its new partner, Gigaclear.

Gigaclear, an award-winning supplier of full fibre broadband to rural locations, has started pre-construction survey work, building a new full fibre network that will connect direct to homes and businesses with the capability to deliver speeds of up to 1000Mbps.

Work to lay new cables is due to start in November, initially providing almost 9,000 homes and businesses with access to the ultrafast network by February 2018.

They have been selected based on their location near to existing connections to main broadband networks. Local information and demonstration events will be held in all of the areas where the roll-out has been announced.

Communities not in the initial wave of connection will be kept informed as the programme is updated.

Minister for Digital Matt Hancock said: “We want everyone in the UK to have access to fast and reliable broadband, and the Connecting Devon and Somerset project has already made this a reality for more than 320,000 local properties who would otherwise have been left behind. But we know there’s still more to do, and I’m delighted that our investment will now take gold standard, full fibre broadband, to over 40,000 extra homes and businesses across the region.”

“It’s great news for homeowners and the Somerset economy as a whole. Broadband connectivity is a vital part of the infrastructure that helps current businesses grow and attracts new entrepreneurs to the county.

On behalf of the four Somerset district councils in the CDS partnership (Taunton Deane, Sedgemoor, West Somerset and Mendip), Councillor John Williams, Leader of Taunton Deane Borough Council, said: “It is truly an exciting prospect that the majority of our previously ‘too hard to reach’ rural homes, businesses and settlements are now going to be served by a dedicated ‘fibre to the premises’ delivering up to 1,000 mbps.

“CDS and Gigaclear are to be applauded for securing what has the ability to be a life changing service for our communities. A decent broadband service is now regarded by most as an ‘essential service’ just as water and electricity services are a necessity”.

This latest phase is part of a new £62.25million rollout by CDS, the biggest public-funded broadband programme in England, including a substantial investment by Gigaclear. In addition Gigaclear is also extending its network across the region through commercially funded infrastructure.

By the end of 2019 over 40,000 more homes and businesses in the CDS region will have access to ultrafast broadband in the biggest single investment in fibre connections in the UK.

Coupled with the new superfast wireless broadband network that Airband will be building under contract to CDS across northern, western and central Devon, it will mean overall more than 60,000 additional homes and businesses across the region will have access to superfast or ultrafast broadband by the end of 2019. The Airband network will also have the future capacity to deliver ultrafast speeds.

The CDS programme is supported by funding from the Department for Digital, Culture, Media and Sport, the EU’s European Regional Development Fund, the Heart of the South West Local Enterprise Partnership and local authorities across the region.

In addition to CDS, the commercial sector has a big role to play in meeting increasing demand for faster, reliable broadband. Around two thirds of all broadband infrastructure built or planned in the region is wholly commercial. CDS’ subsidised contracts play a vital role in helping to connect as many communities as financially possible where the commercial market will not deliver on its own.

Joe Frost, Business Development Director at Gigaclear, said: “As part of the CDS and Gigaclear ultrafast broadband transformation, some of the hardest to reach rural areas of Devon and Somerset will be able to access the UK’s fastest broadband speeds through full fibre.The first Gigabit enabled residents and businesses will soon be able to do whatever they want  to do online, regardless of their location or  or the amount of people using the service simultaneously. We are proud to be working with CDS on this project and look forward to being part of this rural broadband revolution to future-proof the area’s digital economy.”

Steve Hindley CBE DL, Chair of the Heart of the South West Local Enterprise Partnership said: “The LEP’s Growth Deal Funding supports projects that help generate prosperity, and because our area has had pockets of poor broadband service, the Connecting Devon and Somerset programme was set up to address the gaps not serviced by the commercial market. We are very pleased with the impact of our investments so far, it’s part of our overarching strategy to create the right conditions for prosperity, and this latest phase of LEP investment will help open up many more opportunities for businesses in previously disadvantaged areas.”