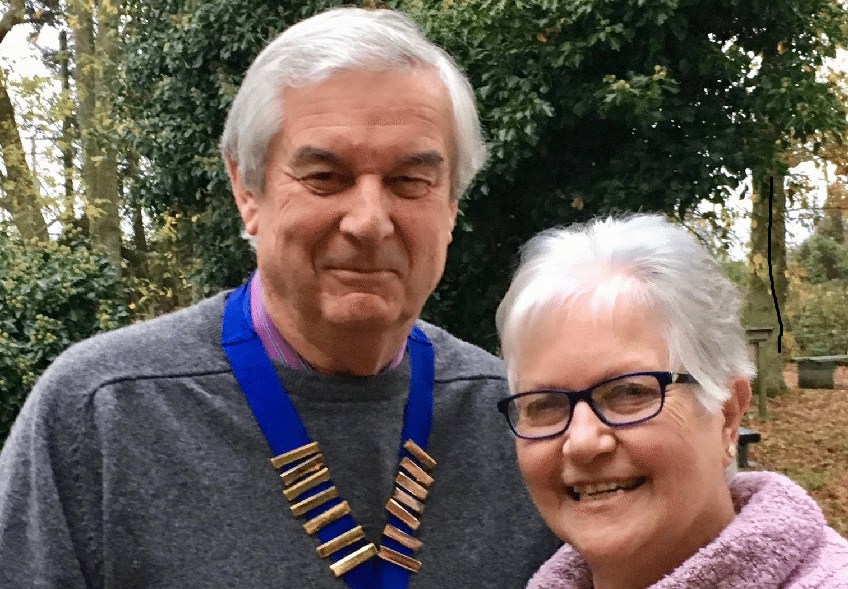 Chris, who has been a member for 40 years, was presented with the chain of office by retiring President, Jenny Gammon, at the annual general meeting held on Saturday.

“We want to help our members become better beekeepers through our year-round education programme and lectures,” said Chris, a former chairman of the Bee Farmers’ Association.

The coming year is set to be especially challenging for local members after the honeybee-killing Asian hornet was discovered for the first time in the UK in the autumn.

“The National Bee Unit has yet to say how the hornets found in north Somerset and Gloucestershire came into the country, but it is easy to see how they could be brought in accidentally from France and further afield,” he added.

While Taunton’s beekeepers have had to contend with another difficult year, the local division is in good shape with a strong membership. Officers for the coming year include Peter Maben as Chairman and Barbara Drakeford as Secretary.