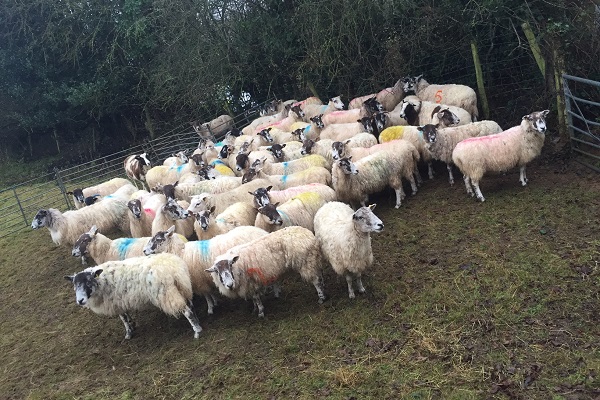 POLICE have seized 52 sheep from a field just outside Yeovil yesterday, 31/01.

The sheep are believed to have been stolen and the Rural Crime Team are now investigating where they might have come from.

Devon and Somerset Trading Standards and two local vets joined the team in checking the sheep’s identity tags, health and welfare before they were transported to a safe location.

The animals, some of which were sadly in poor condition, included a number of breeds – Mules, Jacobs, Swaledales and a Texel Ram.

Inspector Joanna Mines, who leads the Rural Crime Team, said: “We believe the sheep we have recovered today are stolen and their tags show that animals within this flock originated from Devon, Somerset and places as far a-field as Cumbria.

“Sadly they haven’t been kept in good condition recently and two had to be put down at the scene, so we will be looking at several offences in relation to animal cruelty in addition to theft.

“We are keen to hear from anyone who believes the animals might be theirs, or anyone who has any information that can help with our enquiries.”

Livestock theft is a problem the Rural Crime Team is taking very seriously. Over 600 sheep went missing during the summer of 2016 and 34 calves were stolen from a farm near Wells two weeks ago.

Insp Mines continued: “We understand the impact that livestock theft has on farmers and small holders. The financial and breeding implications can be far-reaching and long-lasting.

“From the public’s perspective there is a health and hygiene issue in relation to stolen livestock getting into the food chain. Farmers raise their animals, transport and slaughter them according to very strict guidelines which thieves are not necessarily going to adhere to. The calves that were stolen two weeks ago had been wormed the day before, and therefore shouldn’t enter the food chain for another 49 days for example.

“I would urge markets and slaughterhouses to play their part. Don’t create a market for stolen livestock. We do work closely with local businesses but we ask everyone to be vigilant.

“The public can play their part too. We have launched a new text number for people to send information and intelligence about rural crime directly to the team, so please get in touch 81819.”

If you have information about suspected rural crime, please either text the team on 81819 or call 101. Alternatively you can contact the independent charity Crimestoppers on 0800 555 111. They never ask your name or trace your call.

Always dial 999 if a crime is in progress or someone is in danger.