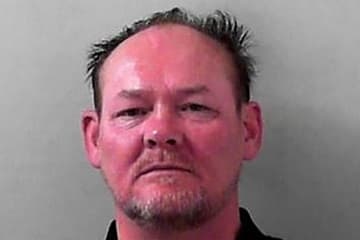 A man who assaulted a Police officer in Glastonbury has been sentenced to prison and ordered to pay compensation.

As a result, he was committed to prison for 17 weeks and ordered to pay £100 compensation to the officer as well as £115 court costs.

On Tuesday 29th May, PC Martha Spikes issued Guest with a Section 35 Dispersal Notice for street drinking and anti-social behaviour – stating he was not to return to the High Street, Glastonbury, area for 24 hours.

After he failed to comply with this, PC Spikes arrested him. But in the process of trying to control him, he punched her in the face.

Mendip West Sgt Matthew Slade said: “We’re aware of the problems with anti-social behaviour and disorder in the town and we are committed to working with partner agencies to address this. The Glastonbury policing team try hard to spend as much time as possible in the town centre and to take positive action wherever we can to tackle it, like PC Spikes did in this instance. We also hope this sends a clear message that assaults on our officers and PCSOs while they are protecting the public from harm will not be tolerated.”

“I would like to thank the members of the public who stepped in to help PC Spikes before backup arrived.”