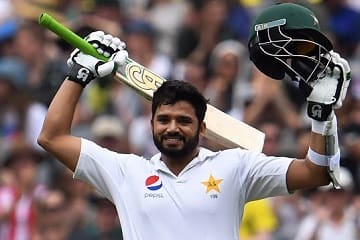 The 33-year-old replaces Matt Renshaw as Somerset’s overseas player and he will join the Club in time to make his debut at Worcestershire later this month.

He has scored 14 hundreds in Test cricket and the high point of his career came in 2016 when he made an unbeaten triple century against the West Indies in Dubai.

He is also no stranger to the Cooper Associates County Ground having made 101 not out against Somerset in Pakistan’s tourist match in 2016.

After completing the signing Somerset Director of Cricket, Andy Hurry said: “Finding the right fit at short notice can be challenging, however we are delighted to have secured a player of Azhar Ali’s character, pedigree and class for the remaining seven Specsavers County Championship matches.

“His experience at the top of the order will prove to be hugely valuable at the business end of the season. I have spoken to him several times over the last few weeks and he is very keen to share his knowledge of the game with our aspirational players, so the influence he can have within the changing room will also be vital for us as a Club”.

After signing for Somerset Azhar Ali said: “The standard of First Class cricket in England is very high and I hope that I can make a contribution to Somerset winning matches. I have heard good things about Somerset and I was impressed by what I saw at Taunton in 2016.

“I am looking forward to joining my new team mates and meeting the Somerset supporters soon.”