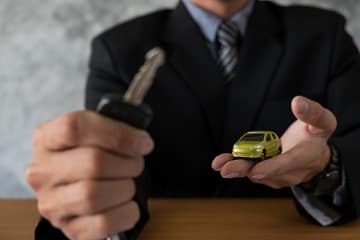 A Somerset used car dealer has been ordered by a judge to pay more than £7,000 after being sentenced for a series of offences including misdescribing vehicles.

The court ordered he had to pay compensation to his victims and fined him for the regulatory breaches. He could go to prison for six months if he defaults.

This follows his conviction on 15 May 2018 at Yeovil Magistrates Court, Somerset, when after a two-day trial he was found guilty on seven charges.

Councillor David Hall, Cabinet member for Economic Development, Planning and Community Infrastructure said: “The Trading Standards Team is there to protect consumers and make sure that they are treated fairly and get what they pay for. It’s important that traders know that when they fail to comply with the regulations, there will be consequences and where possible the victims of any breaches will be compensated if they are out of pocket.”

The offences, which occurred over a period from 2015 to 2017, included contravening the requirements of professional diligence, acting aggressively toward a consumer. They also involved misdescribing vehicles while trading as a used car sales, vehicle storage unit and vehicle repairs at Adberweld, Chilten Cantelo, Yeovil. His business names included Rhino Auto Care Ltd and Service Sure South West Ltd.

The trial followed an investigation and subsequent prosecution prompted by a number of complaints regarding the sales and services provided by the salesman.

The court heard from victims who had purchased vehicles from, had arranged for the storage or repair of their vehicles with Mr Price between June 2015 and July 2017.

The charges include two vehicles described by Mr Price as having a valid or significant period of MOT which they did not.  One vehicle sold through eBay which was not delivered or refunded by Price.  Another victim made payment for a new engine for which neither the work had been undertaken or the vehicle returned to its owner, a refund had not been received.  Price also took payment for internal storage of a vehicle which had been outside and acted aggressively when questioned by its owner.

Price had previously been prosecuted in 2016 for Trading Standards offences when he sold vehicles described as having “new clutch and brakes” which they did not and was order then to pay a total of £4250 in fines and damages to the victims.

Stephen Gardiner, Interventions Manager for Devon, Somerset and Torbay Trading standards said “We’re pleased to have got Orders for some money back for some of the victims in this case. We won’t tolerate traders who try to avoid liabilities by reacting to valid complaints with deliberate aggression, as was the case here. Consumers should look for membership of reputable trader schemes, such as our own “Buy With Confidence” and check claimed memberships are valid.”