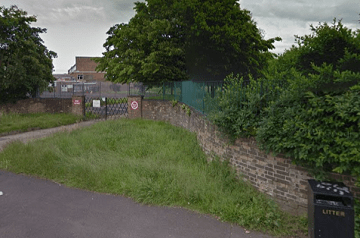 The biggest schools building and improvement programme for generations – a £140m investment in children and young people – was formally unveiled by Somerset County Council today.

The Authority announced plans to build 24 new or replaced and expanded schools around the county over the next seven to ten years to meet the demand for places from the growing numbers of children and young people.

If approved, the first phase of the building programme will eventually cost more than £140m over the next four years – thought to be the biggest sum of money ever invested in Somerset’s schools.

Among the highlights of the ambitious plans would see:

·           An anticipated 19 projects to expand primary and specialist schools

The first phase of the programme will cost around £140m, of which the County Council will fund around £116m. The rest will come from developer contributions and the Department for Education.

“I am proud to lead the Council as it takes this huge decision that will see brand new schools built, with others extended or improved in all of our major towns and many villages. It is a big step, it is a bold step, but it is the right step for us to make,” said Council Leader David Fothergill.

“There is a lot or work still to be done, planning and consultation will need to take place, but our plans are ambitious, they are exciting and I’m sure parents, families, our communities will be as excited as we are.”

The programme includes developments in the follow locations: Taunton (seven), Bridgwater (four), Yeovil (three) Burnham-on-Sea/Highbridge (one),  Wells (one), Shepton Mallet (one), Frome (one), Street (one), Somerton (one), Castle Cary (one), Ilminster (one), Crewkerne (one), and Chard (one).

The first of the new schools to be built will be the £9m expansion of Selworthy school on the site of the former St Augustine’s School in Taunton, which will provide high quality education for more than 120 vulnerable children.

The first phase of funding will be raised through borrowing at low interest rates provided through the Government’s Loans Board. It is the first borrowing to take place at the Authority for more than seven years.

“The time is right to borrow at ultra-low rates for the right building programme and who can argue that investing in our children’s future is not the right thing to do,” said Council Leader David Fothergill.

“The expansion of Selworthy special school on the former St Augustine site is a vital first step to help us give the best possible opportunities to vulnerable children in our county. I am thrilled that this school is one of the first to be announced in our building programme,” said Cabinet member for children and families Frances Nicholson.