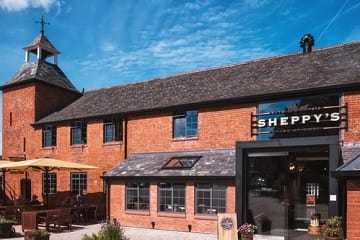 Sheppy’s have upped their award-winning credentials yet again. Two ciders from the renowned collection scooped three coveted stars in the Great Taste Awards 2018.

The (food) Oscars Great Taste, organised by the Guild of Fine Food, is the world’s largest and most trusted food and drink awards – the ‘Oscars’ for the fine food and drink industry. More than 400 judges working in small teams, blind tasted 10,000 products – each one vying for one, two or three stars. There were 12,634 entries into the Great Taste Awards this year – and of those products only 1,207 received two stars.

David Sheppy, Sheppy’s Master of Cider and sixth generation Sheppy, comments: “We are extremely happy to have won yet again this year in the Great Taste Awards – and are delighted with the complimentary comments. We are continually working on our range to ensure perfection and taste – and are delighted to see that everyone else is enjoying it too.”