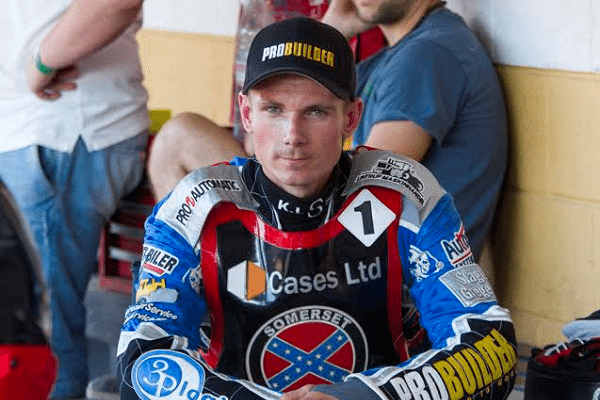 The ‘Cases Somerset Rebels have announced the names of the 7 riders who will carry the club’s colours into the 2017 season, which will see the Rebels compete in speedway’s top tier of racing in the UK for the first time in their history.

The 2016 campaign saw Somerset win 4 major trophies in what has since proved to be their final season in speedway’s second tier, and no less than 5 of that septet have been retained for 2017, their captain Josh Grajczonek, together with fellow Australian’s Rohan Tungate, with whom Grajczonek won the 2016 Premier League Pairs Championship, and Jake Allen, while 2017 will also see the British duo of Paul Starke and Charles Wright return for what will respectively be their 4th and 5th seasons with the Rebels.

The two new faces announced to complete the line-up are the Danish pair of Patrick Hougaard, 2 two-time winner of the Danish Under-21 Championship, and Jan Graversen, who will start the new season in one of the two reserve berths, alongside Allen.

“There were two ways I could have gone with regards to putting a team together for our first season in the SGB Premiership,” said Somerset team manager Garry May, “either a top-heavy approach, with a big-hitting number 1, which would leave less scope lower down the riding order, or for a more balanced team to give us strength in depth.”

“Weighing up the two options, I decided to go for the latter as I feel that it is better to have relatively even strength throughout the 7 riders rather than having to rely on a couple of riders to hit the big points for you week in, week out.”

“The problem with that approach is that firstly it takes up a big portion of your team building points limit, but also should your ‘big rider’ have an off night, then it puts more strain on the others to come up trumps.”

“The more balanced option means that you are not necessarily over relying on one or two riders to score big each meeting, and I feel that is the way to go for what 2017.”

“To be honest, I felt that our 2016 side could have probably more than held its own in this past season’s top flight, and that is why I have no hesitation in retaining 5 of that side.  I know there will be a number of fans disappointed that we could not fit Bradley Wilson-Dean into the 2017 side, but unfortunately the numbers did not stack up for me to include him, but fans can rest assured that Bradley is part of the long-term planning here at Somerset.”

“In Patrick Hougaard and Jan Graversen we have signed two riders who have shown a liking for the Oaktree Arena, they both complimenting the other 5 riders we are retaining from the 2016 side, and I know both are really keen and exciting to be joining the Rebels.”